Treating latent tuberculosis infection (LTBI) is a key component of the World Health Organization’s End TB strategy, which aims to end the epidemic of TB by 2030. This neglected but vital intervention was given further emphasis in September 2018 at the United Nations high level meeting on TB, where world leaders committed to treating at least 30 million people for LTBI by 2022, including 4 million children under 5 years of age, 20 million household contacts of people affected by TB, and 6 million people with HIV.

In this context, Marcel Behr and colleagues continue their thought provoking journey of questioning established dogma. In August 2018, they provided robust evidence to support the assertion that people infected with M tuberculosis tend to progress to disease over an incubation period of two months to two years rather than over their lifetime. In a new Analysis, they go on to question the widely held assumption that M tuberculosis infection is for life.

As the authors point out, there is no perfect way to directly diagnose LTBI. The diagnosis of LTBI is made in people with no evidence of active TB by measuring the immunological response to M tuberculosis antigens using the tuberculin skin test or interferon gamma release assay. Infection is inferred rather than proven.

Data from longitudinal studies and clinical trials show that immunoreactivity persists after successful treatment of either LTBI or active TB, with persistence being most prolonged in those with the longest duration of immunoreactivity before starting treatment. Epidemiological studies also show that most people with TB immunoreactivity who become severely immunosuppressed owing to HIV, solid organ transplantation, haematopoietic stem cell transplantation, or tumour necrosis factor inhibition remain free of active TB.

What should we take from this new analysis? In terms of understanding LTBI, Behr and colleagues’ argument is persuasive that TB immunoreactivity is a sign of having been infected with M tuberculosis and not a marker of continued infection. Their analysis suggests that about 10% of people with TB immunoreactivity harbour viable organisms capable of causing disease in the right circumstances, such as immunosuppression; in the remainder, M tuberculosis bacteria are likely to be permanently dormant or dead.

This perspective reinforces the urgent need for clinically useful and affordable biomarkers that can clearly distinguish between persistent infection and immunological memory of a past infection. The journey of discovery, development, and deployment of a biomarker that can guide clinical decisions is not likely to be quick or easy. But it is a journey that must be taken, and if successful would enable precise identification of those who are truly infected and at most risk of developing active TB.

In the meantime, we have no choice but to continue providing treatment to those with LTBI if we want to honour our promises to end TB. The current preventive policy is to treat those at the highest risk of TB, such as people with HIV or young household contacts of a person with TB, without testing for LTBI. For other high risk groups, including patients with silicosis, patients in renal failure, and certain vulnerable groups, the preventive policy is to systematically test for LTBI before treatment. We need to recognise, however, that we might be treating many people who do not require this intervention because they do not have latent infection. This would be acceptable if the treatment was short and entirely safe. Unfortunately, this is not the case.

Isoniazid is the current drug of choice for treating LTBI, often for six months, but it can cause peripheral neuropathy or drug induced hepatitis, which if unrecognised or identified too late can be fatal. Shorter and safer alternative regimens are now available, the most attractive being a three month course of weekly rifapentine and isoniazid (12 doses). Two important hurdles in making this regimen widely available are country specific regulatory approval and the huge cost of rifapentine. TB programmes need to embrace new shorter treatment durations, and global advocacy and activism are needed to make the drugs affordable in the countries where they are most needed. At the same time, TB programmes need to agitate for an easy to use and inexpensive biomarker that truly identifies LTBI. 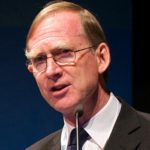 Anthony Harries is senior adviser at the International Union Against Tuberculosis and Lung Disease in Paris, France, and honorary professor at the London School of Hygiene and Tropical Medicine, UK.