Much of what is written about Brexit becomes instantly outdated due to the rapidly unfolding, negative spiral of events. One of the only constants in this debate, since the very start, is that Brexit is bad news for health, be it for patients, providers, industry, or the general health of the population. Detailed analyses of all the foreseen possible scenarios found that health loses out all of the time. The focus has rightly been on the impact it will have on people living in the United Kingdom (both British and EU citizens), as well as British citizens living in other EU countries. However, Brexit is also worrying when viewed from the “other side.”

Just as the United Kingdom has dependencies with its neighbouring, economically or culturally close European countries, several EU countries have dependencies on the United Kingdom. The extent of the impact that Brexit will have on these countries will depend on the nature and depth of the dependency. For a long time, people retained hope that realistic and logical solutions that are in the interest of people’s health would prevail. As time runs out and realistic solutions seem ever more unlikely, the prospect that Brexit will have an impact not only on the health of UK citizens, but also on the health of citizens in other EU countries, looms dark on the horizon.

The UK has been an important player in the pharmaceutical and medical devices sectors for decades. Countries with traditional links to the UK, and those which use the English language designed packages, including Ireland and Malta, are likely to be hardest hit. If the UK becomes a “third” country and the mutual recognition of pharmaceutical products is discontinued, the barriers for movement of products manufactured in the UK to other countries will increase and possibly, so too will prices.

The UK has been a leader in life sciences, higher education, and healthcare sectors. Many students from other EU countries studied and trained in UK universities and hospitals. They often provide an important service while in the UK, working as scientists and healthcare workers. But many have now returned to their homes, taking back their knowledge and experience about developing research, and healthcare to their own countries. Patients from other EU countries have benefited from treatment in some of the UK’s top centres under the rules and regulations afforded by the Coordination of Social Security. While it is likely that this exchange will be able to continue in some alternative form, transaction costs will rise and dissemination of knowledge and practice may be curtailed. Testimony to the leadership provided by the UK in the healthcare sector, is the fact that the UK was originally coordinating 25% of the first batch of European Reference Networks for rare diseases.

A third area which will be impacted is cooperation in the areas of communicable disease control. Again, here the UK has been instrumental in providing leadership, scientific expertise, and support. Its absence will be sorely felt.

Ironically, the Brexit process has demonstrated in a clear manner that the EU has far more than a limited or “small” role where health is concerned. A sharp, sudden and complete exit as is anticipated in the case of No-Deal will reverberate across many Member States, particularly those countries with the closest links.

The European Public Health Association, works closely with other NGOs in the area of health. We are committed to strengthening our professional ties and networks with our colleagues from the UK to attempt to compensate for the “Brexit effect” as far as is feasible within our mandates. However, while we can try to retain and strengthen the intellectual and cooperation elements, sadly, there is little we can do where common market rules and regulations apply.

History has taught us that political and economic transitions, especially when rapid and ill-prepared, cost lives. There is every reason to believe that a no deal Brexit will go down in public health historical analysis as an example of political transition for which the weakest and most vulnerable members of society pay the price. Unfortunately, there is good reason to believe that unless urgent mitigating efforts are undertaken, the negative impacts on the health system will be felt in several other Member States too. 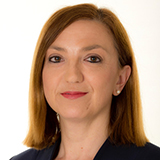