Antimicrobial resistance (AMR) is an urgent public health issue, as resistant genes and pathogens will cross borders and spread without action, threatening medical progress. [1,2,3]  Breakthrough drugs and treatments, particularly those causing immunosuppression or requiring invasive procedures, will be useless if patients receiving them die from untreatable infections. This challenge requires multidisciplinary integrated collaboration and cooperation at the global level.

Many countries in economic transition may view addressing AMR as an unwanted economic burden. However, middle income countries like Brazil, Russia, India, China and South Africa (BRICS) as well as the emerging next economic power countries like Mexico, Indonesia, Nigeria and Turkey (MINT) have high rates of AMR. [4] The fluoroquinolone resistance rates in particular highlight the importance of action in these countries as this drug class is a cornerstone in multidrug-resistant tuberculosis treatment. Seven of these nine countries are classified as tuberculosis high burden. [5] It is important to emphasize that AMR is a threat to economic development in these nine countries, home to more than half of the world’s population. It is estimated that uncontrolled AMR will compress Gross Domestic Product (GDP) by around 5%. [6] If these very large economies fail to reach their economic potential the global economic impact could be substantial. Additionally, there will be underappreciated psychosocial effects leading to reduced productivity as a consequence of AMR-associated increases in mortality. The pressures of economic development and population growth with the increasing demand for food protein mean that antibiotic use in livestock will intensify. Recent data have shown that there will be a 99% increase in antimicrobial use in livestock among BRICS countries. [7] Only three of these BRICS and MINT countries have plans for animal antimicrobial use monitoring systems (China, Russia and Brazil), according to a recent survey by the World Health Organization. [8]

With successful economic development and increasing drug access, supervision and monitoring of antibiotic prescription rates and restrictions to over-the-counter use should follow. Countries with limited healthcare budgets should not waste resources procuring ineffective drugs, but this must be a data-driven process. In order to rationalize the use of improved quality antibiotics, surveillance is essential. However, the current surveillance system on antimicrobial resistance is insufficient. A glaring surveillance shortcoming is a lack of data from animals and the environment. [9] Currently only one of the nine BRICS and MINT countries has routine data collection systems for animals and seven have no national monitoring system for plants. [8] More efforts will be needed to ensure the quality and coverage of AMR surveillance with a One Health perspective.

All nine of these target countries have raised public awareness on AMR, however none of them are national scale government supported. [8] Public awareness of AMR is relatively low in many parts of the world. Public awareness is the very first of the ten recommendations from the UK Government and Wellcome Trust-sponsored Review on Antimicrobial Resistance,  as this is a complex problem involving human behaviour. [1] Social media campaigns can be developed for mass public awareness of AMR in the way tobacco and alcohol control programs have been used to change these behaviours. At the same time, this increased awareness will motivate politicians to allocate more resources.

A public health approach to prevention and infection control is the foundation for control of AMR in both humans and animals as prevention is often more cost effective than treating infections. Hand washing, wastewater treatment and sanitation are effective for primary prevention of resistant infections, especially where hygiene standards are low. At the same time, while vaccination is also an effective strategy for primary prevention of infection in both humans and animals, the rates of vaccination in some affected countries are low. Optimization of vaccination programmes for humans and animals should be a priority intervention for AMR control in emerging economies. However, with GAVI graduation looming in 2020 for countries with emerging economies, only India, Indonesia and Nigeria are still in the programme, the importance of a strategic approach to vaccination for control of AMR is urgent. [10]

Like climate change, AMR is a result of human behaviour and the attributable morbidity and mortality are rising tides. More actions are needed from pharmaceutical companies, governments, international organizations and the general public, with a multidisciplinary and integrated approach. AMR is an extremely challenging dynamic that affects everybody. If we wait until we run out of antibiotics, the consequences may be worse than any other disease. More work is needed to minimize the consequences of the AMR perfect storm. 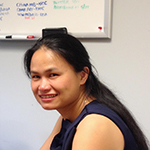 Jessika Hu is clinical epidemiologist with infectious diseases research and programmatical experience in Asia, her primary focus is on antimicrobial resistance. Twitter: @jessika_hu

Lord O’Neill is the chair of Chatham House.