Global health is facing a time of political uncertainty and growing inequity, on the one hand, and great advances and innovations on the other, says David Mabey 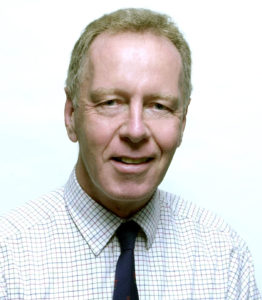 It may come as a surprise, considering the dominant negative news narrative that grips us globally, but a survey put together by the Royal Society of Tropical Medicine and Hygiene (RSTMH), an organisation of which I have just become president, has shown that those working in global health believe its future is bright. Indeed, 52.5% of respondents said that they were very or somewhat optimistic about the future of global healthcare.

Given the remarkable fall in under 5s mortality over the past 25 years following improvements in malaria control and the rollout of new vaccines against bacterial pneumonia, and the rapid progress we’ve made towards the control and elimination of many neglected tropical diseases, I share the optimism of my colleagues. However, there can be no doubt that we face a number of challenges over the next 25 years.

At the 11th European Congress on Tropical Medicine and International Health (ECTMIH), which RSTMH hosted last week and where we launched a report based on the survey’s findings, it was easy to see why so many respondents had cause for hope. According to the World Health Organization, vaccines prevented at least 10 million deaths between 2010 and 2015, with many millions more people protected from illness. And since 2012, 28 countries have eliminated at least one neglected tropical disease (NTD).

Yet while we’ve taken great strides forward, the global health community and I are also alert to the many global trends that threaten this continuing progress. We polled RSTMH’s members and fellows, and the wider tropical medicine and global health community, because we wanted to know more about their opinions on the most pressing issues relating to the future of global health.

The respondents were from 79 countries and represent all sectors involved in medicine and healthcare, from researchers to policymakers, as well as doctors and nurses. The results provide a snapshot of tropical medicine and global health in a time of political uncertainty and growing inequity, on the one hand, and great advances and innovations on the other.

The main challenges that emerged were the climate crisis, noncommunicable diseases (NCDs), drug resistant infections, and emerging diseases. I am not surprised that NCDs are seen as a major challenge given the huge increase in the prevalence of diabetes and hypertension in low and middle income countries (LMICs) in recent years. NCDs have also emerged as a major problem in people on long term antiretroviral treatment, and diabetes is increasingly associated with tuberculosis in LMICs.

Our survey showed that 43% of respondents believed the climate crisis will be the most pressing global health challenge for the next 25 years. Climate change has already led to the spread of the mosquito vectors which transmit dengue, chikungunya, and Zika viruses to Europe and the USA, and we are facing outbreaks of typhoid in Asia that are resistant to all available antibiotics, so these results ring true with phenomena we’re already seeing.

Yet despite the urgency of the climate crisis, 92% of respondents also thought that governments and health bodies are not doing enough to prepare for its impact on health. Misinformation and the spread of fake news were a hot topic at the congress, with Peter Hotez giving an inspiring treatise on his struggle against antivaccination sentiments and a plea to us as professors, scientists, and researchers to be more involved in the fight. Ninety two per cent of respondents thought that misinformation and anti-science pose a dangerous threat to the future of healthcare, which I do not find surprising given there have been more than 80 000 cases of measles in Europe in the past year.

Having seen many children die from complications of measles while working as a clinician in the Gambia I’m delighted that, with the support of the Global Alliance for Vaccines and Immunisation (GAVI), many African countries have achieved measles vaccine coverage of more than 90% in recent years. I hope that any fake news propagated by the antivaccination movement will not undo this good work.

From the findings of our survey, RSTMH has developed a set of recommendations: making tackling the climate crisis a priority for global health, uniting around early intervention to tackle NCDs across the world, combating health inequality, prioritising quality of life over life expectancy, and putting the power of technology in the hands of health professionals and the communities they serve.

Going forward, I believe that we need to look at how these challenges interlink. From climate change and infectious diseases, to antimicrobial resistance, NCDs, and NTDs, the emerging global health mega-trends we face cross disciplines and sectors. As we know, diseases and challenges in global health do not exist in silos and if we are to overcome the biggest threats to global health over the next 25 years it will require working together.

David Mabey is a physician specialising in infectious and tropical diseases. He joined the London School of Hygiene & Tropical Medicine as a senior lecturer in the Department of Clinical Sciences in 1986, and was made professor of communicable diseases in 1994. Professor Mabey was awarded the CBE in 2014 for services to health development in Africa and Asia. He became president of the Royal Society of Tropical Medicine and Hygiene in September 2019.