Partnership is key to bringing patient centred healthcare to Pakistan and the world, says Hussain Jafri 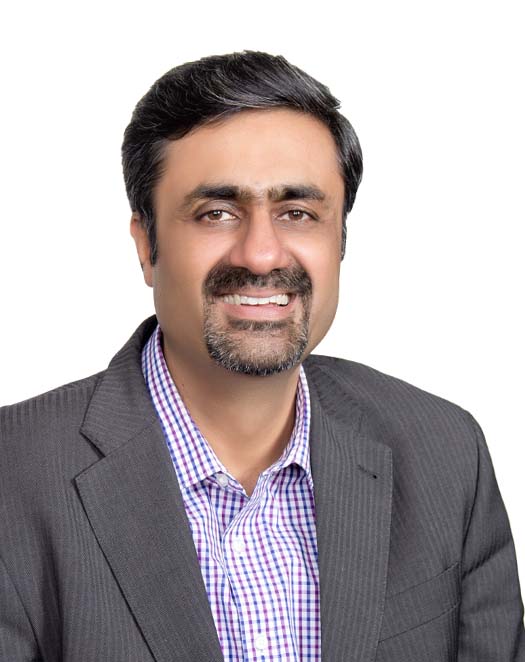 My journey in patient safety and advocacy started in Pakistan in the early 1990s, when my grandfather developed Alzheimer’s disease. As he began to develop symptoms, my family did not understand what he was going through. It appeared to us that he was behaving unexpectedly. Initially we thought he was joking, but then we realized that he was not well.

It took more than two years to get a diagnosis and discover that he had Alzheimer’s disease. I remember, I could not even pronounce the word Alzheimer’s at that time. The doctor told me that there was no treatment for this disease, no information on how to look after my grandfather, and that he would die in four to five years. My family thought that I had made up the story about his disease to justify my grandfather’s behavior since they did not believe there could be a disease for which there was no treatment or information available.

During this time, while in college in Lahore, I started to do volunteer work for an organisation that was looking after patients with Thalassaemia. I saw that the patients were facing many problems and were not given the required standard of treatment and services. For example, up to 90 percent of the patients were either Hepatitis B, C or HIV positive because of the unsafe treatment provided to them. They were not surviving into their 20s whereas in western countries, patients with thalassaemia with good care, had a normal life expectancy.

Pakistan is the sixth most populous country in the world. The literacy rate is relatively low and human rights are low on the government’s agenda. The public sector only provides 25% of healthcare, whereas the private sector caters to 75% of healthcare. There is minimal accountability in both the public and private sectors. There is a lot of quackery and any unqualified person can rent a room or shop and start treating people. All medicines are available over the counter and patients have no awareness of their rights.

This situation and my grandfather’s personal experience led me to think about doing something to change the grave situation patients were facing in my country. During this time, I learned about the Alma Ata Declaration, which states that “people have the right and duty to participate individually and collectively in the planning and implementation of their healthcare,” something that was not being done in my country. Therefore, I started a group of patient advocates and initiated my fight for patients’ rights in Pakistan.

In 2005, I was fortunate to be among the 21 patients who attended the inaugural WHO Patients for Patient Safety workshop in London. The meeting was eye opening. I met patient leaders from all over the world and learned from their experiences. We developed the London Declaration during this meeting, which aims to empower patients and families to build a global network, partnering with health professionals and policymakers to make healthcare services safer, more integrated, and more people centred.

When I came back to Pakistan after this meeting, it was like returning from the moon to earth. I did not know what to do or how to do it. There was no recognition of patient advocates in the country and the system did not recognize the need for patient engagement.  Patients lacked advocacy skills and they feared they would be victimised if they spoke up. It took me a while before I figured out what to do and where to start.

The solution was “partnership.” I realized that I could not do anything just on my own. I needed to make others partners so that they would be sympathetic toward the patients’ cause. So I gathered a group of people that included people from all walks of life, including patients, medical professionals, NGOs, lawyers, people in the media, government officials and social workers. In 2007, we established the Pakistan Patients’ Safety Initiative (PPSI) with the aim of promoting patient safety and advocacy in Pakistan. The objective of this initiative was to create awareness of patients’ rights; carry out patient safety initiatives; and help patients through the medical legal system.

Over the succeeding years, PPSI has brought about change in the healthcare culture of Pakistan. Some of our accomplishments include:

I also continue to work globally following my initial association with PFPS. I have seen the strain that health systems globally are under due to the growing number of patients and limited resources. We need to have patient safety and patient-centred healthcare based on strong values of respect, partnership and equity. Meaningful patient engagement and empowerment must be central to efforts to refocus health systems on people and patients. Patients and patient organisations are making a valuable contribution to redesigning and shaping healthcare systems to provide high-quality, safe and appropriate care for all.

Hussain Jafri is vice chair of the Advisory Group of the WHO PFPS program. He is the founding Director of World Patients’ Alliance and the former Chair of International Alliance of Patients Organization (IAPO).
Competing interests: None declared