Anna Howells introduces 2100: A Health Odyssey, the science-fiction writing competition breathing life into the discussion about healthcare, past, present and future. Return to BMJ Opinion over the next week to enjoy the winning entries. 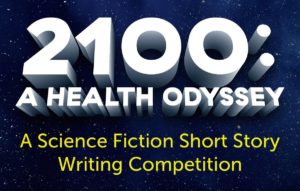 If there’s one thing on which we all concur, it’s the propensity for group think in the NHS. No one disagrees⁠—and that’s a problem. Take the future of health and care. The vision set out in the aspirationally “long”-term plan for the NHS is almost identical to future visions published by think-tanks and Royal Colleges. Not to mention other governmental grand-plans of yesteryear. That’s fine if we’re right, but most likely we’re not.

What if there was a way to have a completely different conversation about the future? One not dominated by those so immersed in the past that alternative futures become obscured. Over the last two years, a quiet experiment has been running to do just that, bringing a new set of voices into our stale debate. Starting in the UK in 2017 as Writing the Future, before moving to the US as 2100: A Health Odyssey last year, science-fiction writers have been asked to give their views of where we’re headed, delivered through short-stories about health and healthcare in 2100. Taken together, the competitions had a prize pot in excess of £30,000, received 377 entries, produced two books of the shortlisted stories, and have been studied far beyond their two originating countries.

Having run both projects, including with Jefferson Health in the US, we at Kaleidoscope think there’s immense value to be gained from a more diverse and divergent conversation about the future. Why?

First, thinking long term can help us invest more wisely and be more realistic about change. For example, the full impact of today’s obese primary school children won’t be felt for decades⁠—a sobering thought given obesity currently costs the NHS £4.2 billion a year. The outcomes of the far off tomorrow are being determined right here, right now.

Second, 2100 is sooner than you think⁠—10% of the UK population in 2100 is already alive. Have a child not yet at school? There’s a 3 in 4 chance they’ll still be alive to see the next century. While the doctors of 2100 are yet to be born, at least a quarter of them are likely to work with the students going through medical school today.

Third, thinking creatively about the future helps us better understand the present, and science fiction offers a unique perspective for the future of healthcare. Common themes cropped up in stories from both sides of the Atlantic: genomics and artificial intelligence unsurprisingly; but also addiction, family relationships, and fear.

The winning stories, OPSNIZING Dad and Bedside Betsy, both contained a common reminder of the importance of human understanding and empathy. In OPSNIZING Dad, readers are introduced to technology that can store the consciousness of loved ones, but the real focus is on the relationship between parent and child, the mix of emotions and reactions linked to ageing, and the complexity of shared histories⁠—all of which goes beyond the understanding of any technology created. In Bedside Betsy the story revolves around a device that has replaced doctor or nurse and patient interactions in hospitals. Throughout the story, the lack of understanding and empathy wreaks havoc on the quality of care provided to the protagonist.

In these imagined futures, face-to-face interaction, treating patients holistically and with empathy and kindness, has largely been wiped out, and is sorely missed.

However, are these factors that are so longed for in the future already being lost? “I’m not a prophet” Margaret Atwood wrote, “Science fiction is really about now”.

There’s plentiful evidence to suggest that we’re struggling with those human elements today. In a UK-based study focusing on kindness, Ipsos MORI reported that less than half of those surveyed experienced kindness when using GP services. While our health services aren’t currently beset by robots, they are inundated with burdensome administrative processes which can distract from your care, or those you are caring for. At a broader level, when Julia Unwin looked at the importance of kindness in public policy she was met by responses of “that’s nice but what has it got to do with helping services in dire straits?” or “we shouldn’t talk about emotions”.

The total entries for the prizes amount to over a million words, representing the largest single act of crowdsourcing about the future of health and care we’re aware of. The challenge it poses to those of us within health is not that any of these visions will necessarily come to pass, but if one did, would we be adaptable enough to respond effectively? Would we know what to do if our conventional wisdom turned out to be false?

That’s a question we need to answer today, not leave for tomorrow. To quote Steven Spielberg, “There is no such thing as science fiction, there is only science eventually”.

2100: A Healthy Odyssey, an international science fiction short story competition, asked writers and thinkers around the world to explore how health and health care will impact lives in the U.S. in the year 2100. The competition was run by Thomas Jefferson University in partnership with Kaleidoscope Health & Care, with prize money endowed by Stephen Klasko and Colleen Wyse. 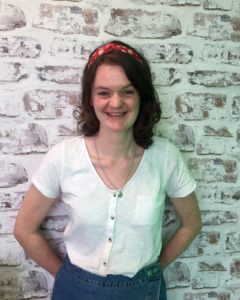 Anna Howells is part of Kaleidoscope, a social enterprise set-up to bring people together to improve health and care.
Twitter: @alhowells1
Competing interests: None declared