On Tuesday, an announcement by the Chancellor and accompanying HM Treasury tweet promoted cheap cigarettes and alcohol as something we can all look forward to following a no-deal Brexit. A government department promoting the use of tobacco and alcohol at a time when life expectancy is stalling—and for some groups falling—is at best, wilful ignorance, and at worst, shameless political marketing.

Despite falling smoking rates, tobacco use remains the leading cause of death and second leading cause of disability in the UK. [1] In England alone, it is responsible for 200 deaths a day and costs the economy an estimated £14.7bn per year. [2]

The societal costs of alcohol related harm are even higher, estimated at more than £20bn. It’s not only a cause of liver disease and cancer, but also a driver of crime, lost productivity, and domestic violence. [3]

These facts alone should make the Treasury think twice. But when reducing tobacco and alcohol use are key national priorities for improving people’s health and the government has recently announced an ambition to go “smoke-free” by 2030, it is alarming that there is so little joining up of government thinking. [5-7]

As the Health Foundation’s Creating Healthy Lives report sets out, the health of the population is one of any nation’s greatest assets, vital to ensuring a successful economy and a thriving society. The report describes the need for a shift away from disjointed and short-term policymaking that serves to store up problems for the future and widen health inequalities, towards a more strategic whole-government approach focused on preventing people from becoming ill in the first place.

Yet, the Treasury’s announcement and tweet is a prime example of the way short-term political interests repeatedly trump the need for the long-term strategies. Such short-term thinking simply isn’t compatible with an ambition to secure a healthier and more prosperous future for the UK.

We cannot afford to take these issues lightly—not only is there a slow down in gains in life expectancy, but the UK now has an over 18 year gap in healthy life expectancy between the least and most socioeconomically deprived populations. [8] Reversing these trends will require long term investment in the infrastructure and services that keep people healthy as well as legislation that protects them from naked commercial interest. The 2007 ban on smoking in public places has been held up as one of the greatest public health interventions in recent times and no government should be re-socialising tobacco. [9] This week’s announcement from the Treasury runs directly contrary to the whole-government approach needed to prevent avoidable ill health.

If people’s health is treated as an expendable “nice-to-have” that can be sacrificed when required to promote other government interests, the Treasury will find it harder to deliver on some its own economic measures of success. Maintaining and improving people’s health is essential to ensuring that they can participate in the labour market. Students aside, poor health is now the single biggest reason for economic inactivity. [10] And the burden of poor health falls well beyond the individual—it results in higher costs across a range of public services, an estimated total cost of £200bn or 7% of GDP in 2016/17. [11] This includes treating people when they become ill, providing assistance from the social care system, and financial support through social security.

No government should want to see health inequalities widen on its watch. However, unless the whole of government pulls together to create the conditions that give people the opportunity to lead healthy lives, this may prove to be one of this government’s most profound legacies. 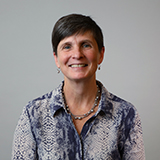 Jo Bibby is director for Health at the Health Foundation. 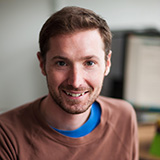 Adam Briggs is a public health specialty registrar based at the Health Foundation.