Evidence must guide systemic reform at every level in healthcare as much as it guides medical practice and research, says Paul Burstow 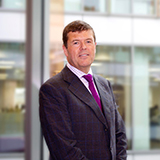 For 20 years or more there has been a strong theme in health and social care reforms about the importance of evidence based decision making. NHS managers, clinical leaders, and social workers all claim to make decisions based on evidence. From the way we commission specialist services, through to how we prescribe medicines, we are supposedly driven by evidence.

At the level of individual patients⁠—in terms of treatments and medicines⁠—I am sure that most people benefit from evidence-based medicine most of the time. I am less sure, however, that evidence is consistently used by those planning and commissioning at the system level. Yet with the advent of Integrated Care Systems, the decisions that system leaders make will have profound effects on the lives of millions.

Take integrated care as an example. Even though we know much more than we used to about what works⁠—whether it’s discharge to assess, virtual wards, or reablement⁠—there are huge variations and inconsistencies in how these models are implemented. Sometimes the similarities end with their nomenclature.

No doubt the evidence base on integrated care could be better. We also need to recognise that commissioning and management decisions are often messy and complex, carried out in a pressured environment where there is rising demand, constrained resources, and competing priorities. Clinicians are more used to the world of randomised control trials, than the messy world of evidence informed policy and system working.

But what else is new? What is stopping us? In part the answer can be found in how we currently produce and embed evidence.

Evidence has sometimes been produced by academics at a distance from those doing the actual work. Moreover, very little focus has been put on dissemination and translation; or implementation.

There are emerging examples of good practice. In Torbay, for instance, researchers from the local university are being embedded in the NHS and being asked to evaluate the impact of a new health and well-being coordinators initiative. The coordinators talk to the person about what matters to them, set goals and work with the person to find support and connections in the community. The researchers then collect real-time data on what’s working well⁠—and less well⁠—and the impact on patients; and then feed that back to commissioners and managers. The successful initiative is now being scaled up.

What would help? We need evidence which is accessible and user friendly. Evidence needs to be in a range of formats which work for time pressurised managers, such as podcasts, one page briefings and infographics. This isn’t to imply that evidence should be over simplified or even dumbed down, just easier to digest. NICE Quick Guides offer a useful template, as do The King’s Fund’s evidence summaries.

We also need to support commissioners to understand and act on evidence. In any complex health system, you are confronted with a vast range of data⁠—population health data, local evaluations, patient feedback along with a plethora of national studies. How do you know what is good, indifferent, or downright misleading evidence? Innovation foundation Nesta use evidence masterclasses to help civil servants navigate messy evidence. Do we need the same for commissioners and leaders in health?

The NHS faces huge financial challenges and massive health inequalities; decisions based on evidence will be more critical than ever. But too few decisions⁠—about how we allocate resources, about who we commission or how we organise services, are evidence based. This needs to change, or we will continue to miss opportunities to improve health and care.

Paul Burstow is chair of the Social Care Institute for Excellence