In the event of a “no deal” Brexit some of the UK’s most vulnerable, especially children with rare diseases, may lose access to the best medicine available, say Stuart Elborn, Mark Flear, and Damian Downey.

The UK has built up a very strong clinical trials infrastructure funded and supported through the National Institute of Health Research and equivalents in the devolved nations, the Medical Research Council, Wellcome Trust, and many other medical charities. This infrastructure supports participation by UK patients in international clinical trials. As a result of this infrastructure the contribution of patients in the UK exceeds that of many other EU countries. [1] It has long been manifestly clear that withdrawal of the United Kingdom (UK) from the European Union (EU) (Brexit) would have considerable adverse consequences on pharmaceutical research and development and access in the UK. Brexit is currently scheduled to occur on 31 October 2019. Nevertheless, little has been said about the consequences of Brexit for the development of and access to medicines for orphan (rare) diseases and children.

Boris Johnson, the frontrunner to take over from Theresa May as UK prime minister has, so far at least, committed to achieving Brexit by 31 October 2019. Johnson’s apparent rejection of the Withdrawal Agreement agreed (but not yet ratified) between the UK and EU on 25 November 2018, [3] means that it is unlikely to form the basis for an orderly withdrawal, and the UK may leave the EU with “no deal.” Under the Withdrawal Agreement, EU law would continue to apply until the end of December 2020, with the possibility of extension for up to two years. With the Withdrawal Agreement apparently defunct, it becomes essential to consider the implications of “no deal.”

A statutory instrument (SI) issued under the European Union (Withdrawal) Act 2018 amends the Human Medicines Regulations 2012 (2012 Regulations) and provides that EU legislation for orphan and paediatric medicines would no longer apply in the UK in the event of “no deal.” [4] The SI provides that medicines authorised immediately before exit day under the centralised procedure overseen by the European Medicines Agency (EMA), [5] which includes orphan and paediatric medicines, would be given a UK marketing authorisation. Applications to the EMA that are in progress on exit day would be considered by the Medicines and Healthcare related products Regulatory Agency (MHRA) in applications to it for a UK marketing authorisation. The SI also appears to provide that the incentives relating to orphan and paediatric medicines remain part of UK law post-Brexit via the amended 2012 Regulations.

Still, it remains questionable whether these incentives, but with significantly reduced population groups and thus far smaller markets, would produce the regulatory environment needed to incentivise research, development, and marketing within the UK’s market alone. A particular point in respect of orphan medicines is that the SI contains at least one major stumbling block to their development. In relation to the definition of the population for the designation of an orphan medicine, the SI essentially copies the relevant provision in EU legislation and substitutes “UK” for the “Community” (i.e. the EU). This is despite the reduced potential for UK-only populations amounting to not more than five in 10 thousand persons for certain diseases. [6] There is clearly greater potential for such populations in the far larger EU-wide population (the EU legislative provision was drafted with the latter in mind).

These various factors mean that new orphan and paediatric medicines are more likely to be placed on the market in the EU (and US) sooner than within the UK. Consequently, current and future UK participants in clinical trials that produce data for the market authorisation of these medicines within the EU are likely to gain access to them later than patients and consumers within the EU. [7] This is a further disincentive to clinical trials of new medicines in the UK. Double-blind randomised controlled trials involve testing a new medicine against the best available medicine in order to prove efficacy and safety. But the best available medicine might not always be marketed in the UK, particularly where market authorisation under the centralised procedure occurs post-Brexit. Overall, research and development might move away from the UK due to the comparatively less hospitable regulatory environment there post-Brexit.

It has been suggested that Brexit might provide an opportunity to create a more flexible UK regulatory framework for clinical trials. [8] However, as we have indicated, a “no deal” Brexit is not likely to yield any advantage for the development of and access to orphan and paediatric medicines. Consequently, in the case of “no deal,” some of the most vulnerable in society risk finding it harder to access the best medicines available. 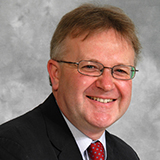 Stuart Elborn is a Professor of Medicine and pro-Vice Chancellor in The School of Medicine Dentistry and Biomedical Sciences at Queen’s University Belfast. He has led a number of clinical trials in cystic fibrosis. 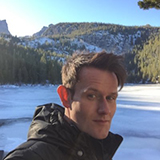 Mark Flear is a Reader in Law at Queen’s University with interdisciplinary expertise in new health technologies and public health. 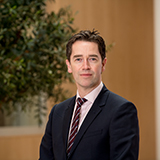 Damien Downey is a Senior Lecturer in Respiratory Medicine and leads the adult cystic fibrosis clinical service in Northern Ireland and is an active clinical trials researcher.

[3] Agreement on the withdrawal of the United Kingdom of Great Britain and Northern Ireland from the European Union and the European Atomic Energy Community, as endorsed by leaders at a special meeting of the European Council on 25 November 2018.

[5] Regulation (EC) No 726/2004 of the European Parliament and of the Council of 31 March 2004 laying down Community procedures for the authorisation and supervision of medicinal products for human and veterinary use and establishing a European Medicines Agency [2004] L 136/1.

[7] Post-Brexit UK-based participants in clinical trials would be in a ‘third country’ – referred to in places within Regulation (EU) No 536/2014 of the European Parliament and of the Council of 16 April 2014 on clinical trials on medicinal products for human use [2014] L 158/1.