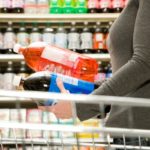 As we reach the final weeks of Boris Johnson and Jeremy Hunt’s campaigns for Number 10, we are starting to see some of the policies that they may adopt if they become prime minister.

Boris Johnson’s recent decision to announce a review of, and potentially revoke, “sin taxes”, and halt the “continuing creep of the nanny state”, was clearly a strategic one. The public health community rushed to the defence of taxes on sugar (and alcohol and tobacco) highlighting evidence of their effectiveness. Johnson’s statement, however, is not reliant on evidence as the root of public appeal. Therefore presuming that evidence will speak for itself is unlikely to serve as an effective defence. What Johnson’s statement tells us is that abolishing “nanny state” interference in health is a politically astute tactic that is assumed to appeal to voters.

To counter such a shrewd approach, the public health community needs to move beyond debating the cost-effectiveness of interventions, and engage with the underlying political nature of the issue. A more politically informed approach would encompass paying more attention to the language used to frame both the problem and the proposed solutions—both in relation to taxes on sugar sweetened beverages and wider standards governing healthy levels of salt and trans fats in ultra-processed foods.

What can the appeal of moralistic and derogatory language (“sin taxes”, “nanny state”) tell us about public perceptions of how health is regulated? And what can we learn about the larger problems we face addressing the social and commercial determinants of health?

Implementing effective responses to noncommunicable diseases (NCDs) requires us to take a step back to look at why public resistance to government-led public health measures remains high in many societies, despite the potential for improving health and wellbeing. While public appetite for certain interventions exists, the language of “sin taxes” and “nanny states” attempts to counteract this by implicitly criticising government interference in “personal choice” and “private” domains. Such narratives undermine the acceptability of state interventions to protect population health—including taxation, product reformulation, fruit and vegetable subsidies, and regulating advertising and promotional standards, all considered by the World Health Organization as “Best Buys” for preventing NCDs and creating healthier societies.

The idea, that taxes represent an intrusion, interference or removal of choice, is based on the twin assumptions that consumption expands choice, while regulation limits it. These ideas have a long history, reinforced by neoliberal discourses that see consumption as a democratic right and health an individual responsibility, while state intervention is framed as harmful to healthy economies and democracies. Consumption is presented as existing solely within the free market economy, removed from the sphere of state politics. These ideas linger on, meaning that we begin to accept this separation between state and market and start to assume that states should interfere only when strictly necessary.

However, when portion sizes, sugar and salt content are predetermined by corporations, and products are sold to us using advertising that exploits gender norms, the notion of “free” choice becomes somewhat of a moot point. Using “nanny state” language serves to deflect from or attempt to conceal issues of how choice is manufactured and shaped by a range of industries and institutions. Marketing can serve to redraw our mental maps, subtly erasing references to the harms consumption can cause by continuously reinforcing and reiterating the positive associations between consumption, the freedom to choose, empowerment and democracy. Where regulation could be seen to expand our ability to live healthy lives, it is instead portrayed as an external threat to our autonomy. This relies on a troubling hierarchy that, in most societies, has come to be largely accepted: one that places the freedom and right to consume as paramount to the freedom and right to health and healthy environments.

Johnson’s headline-grabbing comments are effective not because of their implications for health, but because they appeal to the public’s ideals of freedom, autonomy, and choice, which are assumed to lie in consumption, not health. This idea is so powerful that it features in a bid for premiership of the UK.

How, then, do we work to bring about a change, where health is seen as an expansive possibility while the primacy of (over)consumption, which is threatening the sustainability of both people and planet, is both questioned and curtailed? How should we, the public health community, rebalance and perhaps even begin to prioritise the right to health, over the right to consume, in the public mindset?  Three areas stand out:

Our response to the NCDs crisis needs to capture the public’s imagination if we want to create political incentives for government action. Reframing how we talk about risks and rights is a good place to start.

Anna Purdie is programme manager of Global Health 50/50 and Gender Programme Officer at the UCL Centre for Gender and Global Health.

Kent Buse is chief, Strategic Policy Directions, UNAIDS. The views in this article do not necessarily reflect those of UNAIDS.

Sarah Hawkes is professor of Global Public Health at University College London. She is also founding director of the Centre for Gender and Global Health at UCL.