We have a duty of care to our future doctors to discuss and address this complex issue, says Faye Gishen

As a profession, we need to openly discuss suicide, and extend these discussions beyond patients to include our colleagues and medical students. While there is a tentative, but increasingly emboldened literature around mental health issues and suicide in senior and junior doctors, there is little specifically about medical students. [1,2] Suicide is the most common avoidable cause of death in young people. There is currently no evidence to show that the prevalence of death by suicide in medical students is higher than in the general population (or indeed the wider university student population), but there is an allied and growing literature around medical student perfectionism, anxiety, depression, burnout and suicidal ideation. [3,4] The data suggest that stigma and fear of fitness to practice sequelae (both locally in medical schools and nationally through regulatory bodies) can inhibit medical students from seeking help. [5]

There is little written about those students who actually end their lives and the impact that this has on the medical education community. Anecdotally, clinical academics at medical schools which have been affected by the death of a medical student by suicide describe the devastating effects primarily on family, but also on friends, faculty, and society. They talk about the haunting legacy of the suicide of a student—shame, guilt, helplessness, sadness. While the scale of the issue is currently hard to quantify, the impact, precipitating factors, and potential solutions are difficult to address if we do not acknowledge the problem.

Doctors are beginning to be more confident in role modelling their vulnerability, and discussing or writing about their own mental health issues in a brave and honest way. Like seasoned clinicians, students are vulnerable to stresses inside and outside of medicine and to feelings elicited by patients who trigger strong emotional responses in us. They can be affected by the uncertainty and powerlessness that complex clinical practice can engender. In addition, medical students are subject to other stressors arising from their specific circumstances. Particularly in big cities and large medical schools, some report feeling anonymous and not always feeling like they belong or are valued. Many talk about isolation and feeling superfluous, especially in clinical placements where they may perceive themselves as spare parts. Students enter medical school as laypeople and emerge after their apprenticeship as fledgling professionals, expected to navigate scary terrain. They can be affected by intense competition in an assessment-driven climate where many medical schools rank students’ performance. Other contributors include financial pressures, which are particularly prevalent among medical students, as well as the need to adjust to being “average” among their high achieving cohorts, having previously stood out as exceptional. Moving frequently between hospitals and wards on placement can generate anxiety too. There can be additional pressure to author publications and other CV-building achievements from early on in medical school.

Increasing attention has begun to be paid to the wellbeing of medical students. Some medical schools are working with students and specialist services to co-produce suites of wellbeing interventions including focusing on suicide, “mental health weeks,” and conversations about how to broach difficult topics and widen their reflective opportunities. There is as yet no comprehensive longitudinal evaluation of whether these improve mental health, wellbeing, or even attrition rates at medical school or beyond into clinical practice. However, several higher education institutions still adopt the view that pastoral care is not part of their “core business,” and that adult learners should take full responsibility for their physical and emotional health. This mirrors the controversial narrative that physicians (as opposed to healthcare institutions and systems) should take responsibility for their own health and wellbeing.

This is a difficult subject to discuss, and I acknowledge that this may resonate and elicit feelings of sadness and other emotions in some readers. Indeed, a personal experience has made me want to write about this for some time, while not quite being able to summon the courage to do so. To many medical students (and indeed to any of us) the profound effect of a kind, encouraging comment from a clinician role model can be deeply affecting and important. Of course, I’m not in a position to offer a panacea, but I tentatively wish to ignite a conversation that in my experience as an undergraduate medical educator, is rarely had. We have long been told by our psychiatry colleagues that asking somebody about whether they are depressed or experiencing suicidal thoughts is not a catalyst for suicide and can be a simple and effective intervention. So, at the risk of being accused of preaching, I simply offer that we acknowledge the issue, name it, and address it where appropriate as part of our wider citizenship roles and duty of care to our future doctors. 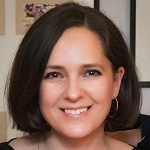 Faye Gishen is a consultant physician and the associate head of the MBBS at UCL Medical School.