NHS England is to offer free genomic sequencing for patients with serious genetic conditions, including cancer. Healthy citizens will also be able to have their genomes sequenced under a new scheme announced in January by health secretary Matt Hancock, who declared “there are huge benefits to sequencing as many genomes as we can—every genome sequenced moves us a step closer to unlocking life-saving treatments.” [1]

However, while genome sequencing certainly aids medical research, at least three major ethical issues are raised by this new scheme.

The first problem with genomic volunteering is that the sequencing on offer is not really free, even for patients with serious medical conditions because they must consent to sharing their data with researchers. This data will be anonymised, but datasharing is normally voluntary. Such patients would often undergo genetic testing relating to their condition without any requirement to share data. The new scheme shifts the default towards opting out of datasharing if you don’t want to—except the only way to opt out is to not have your genome sequenced. Thus there is a privacy cost to becoming a genomic volunteer: you must pay with your data. This calls into question the use of the term “volunteer”, which normally implies no cost. In the case of those with serious genetic conditions, the sequencing might be highly beneficial, so insisting on datasharing as a condition of sequencing amounts to coercion to consent to datasharing. There is also another sense in which datasharing is not cost-free; it is increasingly recognised that even anonymised data (particularly genetic data) can be combined with other datasets and used to re-identify patients. [2] Genomic volunteering could result in a high privacy price if this occurred.

A second ethical issue is raised by the suggestion that healthy patients should pay to have their genomes sequenced. Those who can afford it will not only pay the price of datasharing, but also have to stump up several hundred pounds. As the BBC put it, “People in England will be able to pay the NHS to sequence their genes on condition they share their data” [3]; datasharing is the first condition, payment the second, meaning that it is not really volunteering at all. Even if people can afford to pay, the NHS is supposed to be based on principles of equality. [4] The first two of the seven principles in the NHS England Constitution state that “The NHS provides a comprehensive service, available to all” and “Access to NHS services is based on clinical need, not an individual’s ability to pay.” Yet in this new scheme, only those who are willing to pay with access to their data will be able to access the service—and healthy people will need to pay with both money and data.  If genomic volunteering offers potential benefit to wealthy healthy people, then that benefit will be being denied to healthy people who cannot afford the test.

Most importantly, the proposed scheme also neglects the harm that can result from a lack of counselling. Genetic counselling is recognised as being essential both before deciding whether to have a genetic test or genome sequencing, and after any genetic testing, in order to provide patients and healthy citizens with the information they need to make informed choices. [5] Without such counselling, tests and even treatments can be provided when they are not in the person’s best interests. Those sequenced could find out all sorts of information about themselves, for example, that they have a slightly elevated risk of heart diseases or finding that they have an 80% chance of developing breast cancer at an early age (the BRCA1 gene) to finding out that they have Huntingdon’s disease, an incurable and untreatable disorder. These latter two are fairly useful pieces of information, but they are also potentially devastating, even in cases where the information was actively sought. The scheme risks thousands of people finding out life-changing facts without being at all prepared for it. The health secretary did not mention counselling, and it is very unlikely that the already-stretched NHS could provide counselling for the hundreds of thousands of people who may opt to be genomic volunteers. Those found to have serious conditions will of course be referred to NHS services, but the lack of counselling before genomic sequencing is a major oversight that could turn thousands of patients from healthy citizens into worried, pre-ill patients overnight.

Ironically, the health secretary himself illustrated the importance of counselling when he revealed his radical misinterpretation of his own genome sequening in a speech at the Royal Society. He claimed that he was at high risk of prostate cancer, “50% higher” than the normal population, and was going to follow up with his GP. But his actual risk is only 15%, against a normal rate of 11%. [6] Even more ironically, his speech was entitled “We must tackle the serious ethical challenges of DNA analysis.” [7] This at least is true: it is astounding that such a major scheme should be announced with no consideration of these major ethical issues. 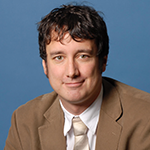