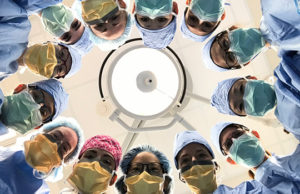 In 2015, women surgeons tweeted images of themselves with the hashtag #Ilooklikeasurgeon (pictured). It was a ground-swell attempt to change unconscious gender bias surrounding the way people think about clinicians generally and surgeons in particular—that they are “naturally” men.

In 2018, in a piece to commemorate the centenary of the Armistice, The BMJ made the same assumption. In a caption accompanying a photograph, the author assumes that the female figures in a First World War operating scene are all nurses. In fact, only one is identified as a nurse by her uniform. There is an anaesthetist, at least one surgeon, and a supervisor. We have identified that the photo actually shows the all-female surgical and medical team at the Scottish Women’s Hospital at Royaumont in 1915.

The incorrect caption begs the question, why are we still so blind to contributions made by women doctors?

The error may reflect an assumption that women only recently became doctors and surgeons. However, in the 17th century, a number of women were formally licensed to practise medicine by the Church of England. Perhaps better known are the Victorian pioneers, like Elizabeth Blackwell, the first woman doctor to be officially registered in the UK. In 1874, the foundation of the London School of Medicine for Women created the opportunity for women to train in medical careers. By the time of the First World War, the third generation of women clinicians were already in post.

Surgery has posed particular barriers to women. In the 1890s, a practitioner speaking at the Royal College of Surgeons remarked that surgery required ‘the highest talent, skill and mental and physical powers, and those…did not belong to women.’

The earliest women clinicians challenged the status quo. Female surgeons had to overcome expectations that they would faint in the dissecting room and lacked the strength to operate. Famous as the first British woman doctor, Garrett Anderson recalled that operating made her feel anxious as failure risked not only the patient’s life, but also women’s prospects to enter surgery. Until the First World War, female surgeons were expected to restrict themselves to the care of women and children. However, the war provided opportunities for them to demonstrate their skills on a wider patient base.

The photograph in The BMJ documents a significant step in this revolution. It shows the operating theatre at the hospital at Royaumont, completely set up and staffed by the Scottish Women’s Hospital Unit. Active between 1915 and 1919, including the Battle of the Somme, it rapidly achieved a high reputation for its standard of care, for its laboratory support team, and for special attempts to preserve rather than amputate limbs. The Unit was founded by Scottish surgeon Dr Elsie Inglis and was supported by the National Union of Women’s Suffrage Societies (NUWSS).

We believe the supervisor in the white coat to be Miss Frances Ivens, (1870-1944), surgeon and Medical Director of the hospital. We cannot identify the anaesthetist or surgeons, but other named members of the medical and scientific team in 1915 included Drs Butler, Berry, Hancock, Hawthorne, Meiklejohn, Nicholson, Ross, Rutherford, Savill, and Wilson (Crofton, 1997).

Not only were these women operating in incredibly difficult conditions, it was also a hostile environment. Women surgeons were excluded, bullied, and mocked by the medical and army establishments. Elsie Inglis was famously told by the War Office to “Go home and sit still,” but received a more favourable reception from the French authorities. Royaumont was never to be officially acknowledged as a war hospital, although from the initial 100 beds, it rapidly grew to 600. The experience gained facilitated the advancement of women surgeons and doctors after the war.

It is just as important to question our unconscious gender bias towards historical female figures, as it is to transform perceptions today. The BMJ photo caption illlustrates that gender bias continues. Women in medicine is not a new phenomenon—to obscure them from our historical record is to deny a history to today’s clinicians. The female doctors of the 19th century and earlier were skilled, tenacious, and pioneering, so we shouldn’t be surprised when pictures in the early 20th century show female practitioners in prominent positions. 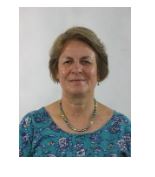 Kristin Hussey, PhD, is Senior Curator at the Royal College of Physicians and a historian of medicine.