When the modern history of biomedical fraud is written, Elizabeth Holmes and her now defunct company Theranos will no doubt be accorded a prominent chapter. As recounted in the best seller Bad Blood by John Carreyrou and a recent documentary film, The Inventor, this precociously ambitious Stanford sophomore dropped out to create what she envisioned would be a transformative diagnostics company, able to measure of hundreds of tests, inexpensively, from a tiny drop of blood. Before it crashed, Theranos raised more than $700 million from seasoned investors and partners, had more than 500 employees, made deals with several Fortune 500 companies, and lured accomplished people to sit on its corporate board. Although the concept was potentially interesting, even that had flaws; the execution, we now know, was a total fraud.

My goal here is not to recount or explain that disaster, but to explain how, in the midst of it, Holmes became a member of Harvard Medical School’s Board of Fellows, if only briefly, during my time as dean. I do so to provide a cautionary tale for boards of this kind going forward.

All the schools of Harvard have a single fiduciary body, the Harvard Corporation, the oldest corporation in the western hemisphere. With 13 members, and meeting monthly, most or all schools create non-fiduciary “boards” of accomplished people to advise the deans and other senior administrators on important matters. When possible, these individuals provide support via networking or fund raising.

The Harvard Medical School’s Board of Fellows is truly an extraordinary group, with accomplishments in diverse areas of health, education, business, and philanthropy. I appointed many members, and my interactions with the Board of Fellows was invaluable to my deanship; many became my friends. Indeed, the sole regrettable member was the aforementioned Elizabeth Holmes. How did this mistake occur?

We were always looking out for new members who would add value to the group. We sought greater youth, a record of entrepreneurship, even better if it was in the domain of health, and we were conscious of the value of greater gender balance.

Enter Elizabeth Holmes, who I first heard of through a New Yorker magazine profile in December 2014. Famed journalist Ken Auletta described her impossible rise to multi-billionaire status as CEO of what sounded like the future Apple Computer of medical diagnostics. Several months later, a senior professor from Harvard Business School called to say that they hoped she might deliver a keynote address at their upcoming star-studded healthcare symposium. They contacted me because they knew (as I didn’t at the time) that a member of our Board of Fellows, Harvard Medical School-trained cardiac surgeon and former senator Bill Frist, sat on her board. I spoke with him, and he contacted her, but she had a scheduling conflict with the HBS meeting.

Shortly thereafter, her office let me know that she would soon be speaking at Harvard, and invited me to have lunch with her, which I happily accepted. In addition to meeting her, I would explore the possibility that she might take an interest in Harvard Medical School.

During our lunch at the Harvard Faculty Club, she gave me the Theranos pitch, and while it was predictably “transformative,” I pushed back on several issues, including her view that everyone was terrified of venous blood draws (I didn’t agree), and my concern that too much testing could lead to “overdiagnosis”. Her response to my queries was disappointingly bland, and in retrospect I should have accorded these concerns more weight. But yet, I asked her to consider interacting with Harvard Medical School in some way. She told me she had turned down numerous board opportunities, but would be thrilled to join in support of our school.

In line with the Board of Fellows not being a fiduciary body, the procedures for adding new members was relatively informal. I met periodically to discuss membership with several Board of Fellows members, and they were enthusiastic. And so, we proffered a formal invitation to Elizabeth to join the Board of Fellows; the next meeting was scheduled for 15 October 2015.

As if written in a crazed movie script, on that very morning the Wall Street Journal published its first front page story by John Carreyrou, describing Theranos as likely based on a fraud. Elizabeth remained unimaginably calm and unflustered during the meeting, which began with my introducing her to the Board. Throughout the two day meeting, everyone talked privately about this cosmic anomaly.

As it turned out, Phyllis Gardner, a Harvard Medical School graduate now at Stanford, and a member of the Board of Fellows, knew and had very negative views of Elizabeth, but hadn’t been asked about her, as we didn’t realize that connection. Over the next several months, we had an internal debate between keeping her on the board for a while out of fairness and due process, or asking her to resign, to limit potential institutional reputational damage. As more information became public, the balance decisively swung, and she was quietly asked to resign from the Board of Fellows.

So what lessons did I learn from my involvement in Theranos-gate? Greater due diligence is needed, even for non-fiduciary boards like the Harvard Medical School Board of Fellows. Though this was never before a problem, and in most circumstances like it would not have been—she might have become the next Steve Jobs—broader socialization of new members and greater deliberation is important, perhaps more than I had realized. On the other hand, convincing great people to join such boards is critical to the health of many not-for-profit institutions, and sometimes you must strike while the iron is hot to engage them.

To avoid getting burned by the hot iron, both diligence and good fortune are required, as they are for so many aspects of institutional governance. 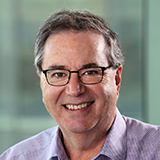