For the first time, the World Health Organisation’s World Health Statistics have this year been disaggregated by sex. This is an important step forward in the drive to identify and understand gender inequalities, and one that is to be welcomed wholeheartedly.

The 2019 report shows that women outlive men everywhere in the world—particularly in wealthy countries. Where men and women face the same disease, men often seek health care less than women. Mortality rates from suicide, road injury and homicide are all significantly higher in men.

To the casual reader, these headlines might suggest that women’s health needs are being adequately addressed, while men are being “left behind.” However, the findings from our own research into sex and gender differences compel us to add some context.

Evidence suggests that women enjoy a biological advantage over men which results in a longer life expectancy. It’s important to understand this in order to interpret the statistics, which on closer inspection reveal that all too often, this natural advantage is being lost. To take an example from the report: “Given that boys generally have a higher under-5 mortality rate than girls for biological reasons, the similarity of the under-5 mortality rate between boys and girls in the WHO South-East Asia Region is indicative of high rates of avoidable mortality among female children.”

Let’s look at another example, from our own research into cardiovascular disease (CVD). Age-standardised rates of CVD are substantially higher in men than in women, which has led to it being seen as a ‘man’s problem’. However, CVD is the leading cause of death in women globally. In general, this is under-recognised, as is the fact that women often experience heart disease differently to men. There is evidence that women are undertreated compared to men as a result.

Another highly debilitating disease not traditionally considered a “women’s health” issue is Chronic Obstructive Pulmonary Disease (COPD), which is usually seen as a problem for older, male smokers. We found that the prevalence of COPD globally is increasing more rapidly in women than in men, and that the number of female COPD-related deaths now surpasses the number in men in some countries. Furthermore, mortality rates in women with COPD are not falling as rapidly as in men.

This highlights the need to look beyond women’s natural advantage, to see whether and how they are being treated, and what health outcomes result. For example, we found that women in the US who have experienced heart attacks are less likely than men to receive the high-intensity statins recommended to prevent further heart attacks and strokes, despite substantial efforts made recently to reduce sex disparities in the implementation of guidelines. The discrepancies in high-intensity statin use may explain, at least in part, why mortality rates for women with a history of heart disease and stroke are higher than for men.

Under-treatment of women is by no means confined to the US, or to high-income countries. In India, we found that despite an insurance scheme for poor households across the state of Andhra Pradesh, a smaller proportion of women than men received hospital care for sex-neutral conditions across all age groups and most disease categories. An analysis of national data collected by India’s Insurance Information Bureau found that while more women are covered by government-funded insurance schemes than are men, a staggering 70% of insurance payouts went to males.

The World Health Statistics 2019 report emphasises that the gap between men’s and women’s life expectancy is narrowest where women lack access to health services. In low-income countries, where services are scarcer, it states, 1 in 41 women dies from a maternal cause, compared with 1 in 3300 in high-income countries. In more than 90 per cent of low-income countries, there are fewer than 4 nursing and midwifery personnel per 1000 people. And yet we know that it is maternal and child health where the greatest gains for women have been made; other ‘women’s issues’, such as menstrual health and gender-based violence, have not even made it onto the global health radar.

We have no intention of fuelling a “battle of the sexes;” only to suggest that women’s natural advantage in terms of their longevity should not blind us to the reality of countless female lives lived in unrecorded poor health, and to the lack of research and investment into the services they need.

Both women and men must be the recipients of effective, targeted prevention and treatment interventions if we are to close the health inequities between them. Such interventions can only be designed with the analysis of robust, disaggregated data, and we look forward to a time when health data are routinely collected and analysed separately for women and men, to the benefit of us all. 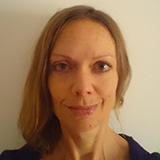 Emma Feeny is senior advocacy advisor at The George Institute for Global Health, where she leads a global advocacy and multilateral engagement programme to help increase the impact of the institute’s health and medical research.

Emma based this piece on thoughts and suggestions from colleagues in The George Institute for Global Health’s Global Women’s Health Programme, which undertakes sex-disaggregated analysis and gender-sensitive research in order to improve the health of women worldwide.