We should focus on working with families, schools, communities and other organisations to protect our young people from becoming embroiled in violent crime

A recent spate of youth-on-youth knife stabbings has prompted renewed public and policy interest in the problem of youth violence in England. Although rates fluctuate, police recorded data for England and Wales to March 2018 showed the highest number of offences involving knives or sharp instruments since 2011, and the highest number of sharp instrument homicides since the Home Office Index began in 1946. NHS data for hospitals in England for 2017/2018, which includes incidents not reported to the police, showed a 15% increase on the previous year in admissions for assault with a knife or sharp instrument.

Young men in particular are more likely to be the victims and perpetrators of knife crime. Those stabbed to death and those convicted of killings are predominantly male, aged 16-24 and in London around half of victims of knife crime resulting in injury under the age of 24.

Globally, there have been longstanding calls to take a public health stance to tackling serious violence of this kind. In principle, such an approach involves treating violence as a disease: quantifying and monitoring it, identifying drivers and risk factors, and using evidence based approaches to stem its spread and to address the conditions from which it emerges and propagates. This shifts attention away from seeing violence solely as a criminal justice problem amenable to a criminal justice solution, to understanding it as a condition that requires more complex responses. These involve whole-system, multi-agency synergies between criminal justice systems, schools, health care services, industry, third sector organisations and communities that focus on primary prevention at a population level as well as ‘treat the symptoms’ of the disease. Such an emphasis is embedded in recent Government strategies including the London Mayor’s strategy on knife crime and the Home Office Serious Violence Strategy.

Yet to date, the dominant public policy conversation has remained firmly focussed on improving policing strategies and “securitising” neighbourhoods where there is perceived to be a high risk of knife crime. Press and politicians have, for example, linked recent cuts in police funding directly to rises in youth knife crime and have called for increased police visibility, increased police funding, more stop-and-search operations and powers—including the use of Section 60 allowing the police to stop-and-search without suspicion within a defined area and time period—the use of knife crime prevention orders for children as young as 12, and the possible mobilisation of armed patrols in response to outbreaks of violence. In response, in March, the Government announced an extra £100m for police forces in England and Wales “to pay for additional overtime targeted specifically on knife crime.” But while policing is inevitably part of the solution, as Camden’s youth MP so eloquently told the House of Commons in November last year, the Government “cannot police themselves out of knife crime.”

As Britain’s home secretary Sajid Javid reduces funding for support programmes for youth affected by and at risk of knife crime, the critical importance of prevention (primary, secondary and tertiary) as part of a longer term strategy to stemming youth violence must remain part of the wider public and policy conversation about how to tackle the issue. While the quality of the UK evidence on “what works” to prevent youth violence remains relatively poor, the international evidence—although disparate and often not well synthesised—indicates that both family and school-based interventions show promise in addressing youth violence. [1,2,3,4] Nonetheless, much of the relevant literature still does not explicitly measure violence outcomes and the evidence on the effectiveness of diversionary, community and emergency care interventions, for example, is much more limited. [5] As public health researchers and practitioners we must continue to build the evidence base on which interventions work to prevent and decrease youth violence in England by carrying out and reporting on robust evaluation studies.  Investing in good quality development work to ensure we are implementing and testing the best possible interventions is key to promoting impact and cost-effectiveness.

Alongside the identification of discrete behavioural change programmes, we must also take account of, and invest in interventions that address, the wider upstream determinants of youth violence. Perpetration of youth violence is linked to a range of risk factors, most (though not all) stemming from conditions of socio-economic disadvantage. The association between higher rates of inequality and higher rates of violence is well documented. [6] Yet the growing rates of inequality in the UK, exacerbated by a decade of austerity resulting in a range of cuts to public services that directly and indirectly affect children and young people, remains conspicuously absent in recent discussions of youth knife crime. Just as it is the case of the prevention of many health conditions, re-focussing attention on tackling the underlying exclusion, poverty and disadvantage that drives youth violence must be a priority.

And just as patient engagement is crucial to improving health and wellbeing population-wide, seeking meaningful community participation that engages with lay knowledge to find solutions to serious violence is also necessary. Communities must have a say in how issues most affecting them should be tackled.  This is critical since such knowledge can (usefully) challenge the way “experts” characterise and consequently seek to address problems, and help foster appropriate bottom-up solutions that are more likely to be accepted and sustained by communities in the long-term. [7]

Currently, the public and policy conversation remains firmly fixed on policing and criminal justice solutions when we should also be focusing more on working with families, schools, communities and other organisations to, in public health terms, “immunise,” “protect” and “rescue” our young people from becoming embroiled in violent crime. Simultaneously, we need to be advocating for policy solutions that redress the social and material inequalities that drive youth violence. Such an approach takes an explicitly public health stance on the issue—prioritising primary prevention and reducing inequalities alongside policing. 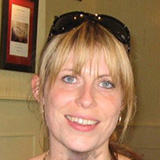 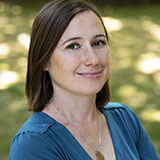 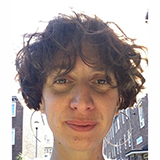