Resistance to commonly prescribed antibiotics is one of the biggest global threats we face. For so long the cornerstone of modern medicine, antibiotics are now growing increasingly ineffective.

Antimicrobial resistance (AMR) is inevitable; it’s expected. Alexander Fleming predicted this on collecting a Nobel Prize for the discovery of penicillin in 1945. But resistance grows more quickly because of excessive and inappropriate use of antimicrobial treatments. So when the outgoing Chief Medical Officer (CMO) in England, Dame Sally Davies, described AMR as “as big a risk as terrorism,“ she brought this public health issue sharply into focus.

And now, just last month, the Secretary of State Matt Hancock’s announced the government’s new 20-year vision and its five-year action plan on AMR. This is welcome. But there’s no denying, the AMR conundrum is a tough nut to crack.

Two burning issues remain. One, the lack of supply of new antibiotics in development: pharmaceutical companies are simply put off by the falling profit margins. And two, the improper prescribing of the antibiotics available: one in five GP prescriptions for antibiotics is inappropriate.

Paying companies according to the value of the medicines rather than the volumes sold is a good start. Newly launched antibiotics are very expensive. Pharmaceutical companies need to recover their development costs, but the NHS will always struggle to justify the expense. Then there is the knock-on effect of antibiotic stewardship on the amount of antibiotics used, particularly new broad spectrum antibiotics, where use is restricted because of concerns about further resistance developing to the new drugs.

It was Lord O’Neill’s Independent Review on AMR that recommended that countries should support international action through better national purchasing arrangements of antimicrobial drugs. The announcement that the National Institute for Health and Care Excellence (NICE) and NHS England will explore how a new payment model (based on a report by NIHR-funded researchers) could see the NHS pay pharmaceutical companies for drugs based on how valuable the medicines are to the health service, rather than on the simple basis of the sheer quantity of antibiotics sold, may help address the problem. Only time will tell. However, global action is crucial if we’re to encourage pharmaceutical companies to develop antimicrobial drugs.

But new antibiotics are not the only solution. While incentivising pharma looks to address the prescribing options available to clinicians, we must not overlook the importance of getting the diagnosis right in the first place. Yes, giving antibiotics can promptly saves lives, but giving antibiotics to people who don’t need them, leads to overuse of antibiotics and antimicrobial resistance.

Here, we urgently need research in new diagnostics to help quickly establish whether antibiotics are needed at all. Current traditional microbiological techniques take 48-72 hours to provide this information. This is of little use to doctors making immediate life and death decisions on prescribing antibiotics to patients with sepsis. The good news is that point-of care molecular techniques to identify infections which need antibiotics are in development. But like new drugs, they too are expensive.

We also badly need to develop other ways of managing resistant infections and stopping infection in the first place. Vaccines have been remarkably effective at this and there are a number in development focused on the likes of E. coli and Staphylococcus aureus. We’ve also seen considerable success in reducing the numbers of healthcare associated infection, such as MRSA. However, more research is needed to prevent the spread of other multi-resistant infections such as ESBLs, which are an increasing problem in the UK.

There is no silver bullet when it comes tackling the threat of AMR, but it’s clear that the government’s goal to contain and control antimicrobial resistance by 2040 depends on clinical research. This is where the National Institute for Health Research (NIHR) has an important role to play.

Recently, NIHR has supported important research looking at the use of the older antibiotic gentamicin in the treatment of resistant gonorrhoea, as well as testing a package of strategies to improve antibiotic prescribing in hospitals. The NIHR has also joined forces with UNICEF, UNDP, the World Bank and WHO on global health research and training on antimicrobial resistance.

NIHR is at the vanguard of clinical research in the UK – providing a direct route for companies to access experts and collaborations; funding high quality research; providing world-class infrastructure; and supporting the best researchers to tackle the complex health and care challenges of today and tomorrow. 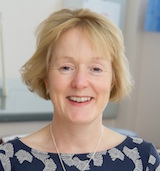 Jane Minton is the national specialty lead for Infection at the National Institute for Health Research.