The US FDA Amendments Act (FDAAA 2007) requires certain clinical trials to report their results onto ClinicalTrials.gov within one year of completion. European Union (EU) guidelines are broader: they require all trials of medicinal products registered on their EU Clinical Trials Registry (EUCTR) since 2004 to report results within one year of completion. Our FDAAA TrialsTracker and EU TrialsTracker show all individual trials that breach these legal requirements. Each week we write about one unreported clinical trial: you can read more background here, and past entries are here.

This week’s unreported trial is titled “Connecting Resources for Urban Sexual Health” (“CRUSH”) (NCT02183909). This trial assessed the CRUSH project: a behavioural intervention aimed at young men of colour who have sexual interactions with men (Y/MSM) in the East Bay region of San Francisco. Although trials of behavioral interventions would not usually be covered under the FDAAA 2007, a substudy of this trial examined the tolerability and acceptability of Stribild®, a combination HIV therapy used here as a post-exposure prophylaxis (PEP) following the potential exposure of HIV-negative participants to an HIV-positive partner. Because the substudy uses an interventional drug treatment it is therefore covered under FDAAA 2007 and required to report results onto the register.

380 participants (aged 18-29) were enrolled. While the study focused on young men who have sex with men, both transgender men and women who are sexually active with men and any HIV-negative young person with at least one known serodiscordant sexual partner were also included. It is not clear from the registry entry how many participants were expected for the PEP substudy, as opposed to the larger behavioral intervention. All participants received the same interventions with no masking: HIV positive participants received antiretroviral treatment and psychological support; HIV negative participants received frequent sexual health/HIV testing and risk reduction counselling. HIV-negative participants who were tested within 72 hours of sexual interaction with an HIV positive male received Stribild® as PEP for 28 days. This study had four primary outcomes, three of which were related to the behavioral intervention while the fourth examined the tolerability and acceptability of Stribild® as PEP at 28 days. Seven additional secondary outcomes examined the safety, effectiveness, and adherence related to PEP treatment with Stribild®.

According to the CDC 67% of all new HIV diagnoses in the US are among gay and bisexual men; younger and racial/ethnic minority populations have some of the highest rates of new disease. US transgender populations are at high risk for acquiring HIV, but have low rates of HIV testing. This trial targets high risk groups, and would grow the evidence on the most effective way to be reduce the impact, transmission, and seroconversion of HIV through community-based interventions and psychological support.

This trial also investigates the acceptability of Striblid® as post-exposure prophylaxis antiretroviral therapy after sexual exposure (PEPSE). Prior research has shown promising results for this combination therapy in use for PEP. UK guidelines currently recommend using truvada and raltegravir for PEP as Striblid® is only commissioned for the treatment of HIV-1 in the UK. In 2012 the Fair Pricing Coalition protested against the high ($28,500) wholesale price of Striblid®, 35% higher than the manufacturer’s previous combination therapy.

If this trial had been reported within one year of the given primary completion date, it may have been included in a recent systematic review of interventions that promote frequent HIV testing. By not sharing this data, the robustness and validity of systematic reviews and meta-analysis for both behavioral interventions and HIV prophylaxis are potentially limited, impacting clinical and public health decision-making for people at high-risk for HIV infection.

Sponsors are responsible for ensuring the information provided on their registries is accurate and up to date per the FDAAA 2007. While information submitted to ClinicalTrials.gov does undergo quality control review, inaccurate or contradictory data can still be posted to the registry.

The outcomes of this trial present a number of issues relating to registry data quality and outcome specification. The outcomes are generally poorly specified, lacking detail on how they will be measured (e.g. “quality of life”) and when. It is unclear whether measurements will occur once at one-year post-intervention (which is the minimum CDC states for men who have sex with men), or multiple times throughout the year (which would be in keeping with best practice for young men who have sex with men and men from ethnic minorities who have sex with men). Additionally all outcomes are measured on the same one year timescale, yet the primary and study completion dates differ by 5 months (March 2017 and August 2017). As covered in prior UTOTWs, “Primary Completion Date” and “Study Completion Date” have specific meanings on ClinicalTrials.gov. In short, a “Primary Completion Date” is the last date of the last visit for the primary outcomes, and “Study Completion Date” is the last date of the last visit for all outcomes.Therefore it would only make sense for the trial to have discrepant “primary completion” and “study completion” dates if some secondary outcomes were being measured later than the primary outcomes: according to the registry entry, they are not. Therefore: either the outcomes are incorrectly described; or one or both completion dates for this trial are inaccurate.

As this trial combines a behavioural intervention (intensive risk-reduction counselling) with a drug treatment arm (the PEP substudy) perhaps the sponsors and investigators did not understand the reporting requirements of FDAAA. If their focus is usually on behavioral research, they may not know that including interventional drug treatments triggers coverage under the FDAAA 2007. As a side-issue, in our view it would be better for all trials – including trials of behavioural interventions – to be required to report their results under the law. Notably, another registered study of CRUSH and HIV pre-exposure treatment by the same researchers is also unreported. This study is sponsored by a major public US research institution with over two dozen trials currently identified as covered under FDAAA. It is the responsibility of these institutions to ensure their sponsored research is in compliance with law; PIs are ethically responsible for understanding their obligations to report.

This unreported trial was sponsored by University of California, San Francisco, USA in partnership with East Bays AIDS center.  The PIs are Dr Jeff Burack, Dr Robert Grant and Dr Janet Myers. As of 25 February 2019, this trial is 331 days overdue to report. We hope the investigators will share the full results for this trial soon. 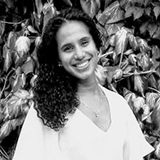 Aamena Bharmal is a doctor, and a current National Medical Director clinical fellow.

Competing interests: ND is employed on BG’s LJAF grant and is a Naji Foundation scholar at the University of Oxford.