I am an orthopaedic spine surgeon. When I started my practice in 1993, my focus was predominantly on reconstructive surgery of the spine for back pain. After 20 years of performing these surgeries, I came to the realization that reconstructive spine surgery for back pain does not alleviate the pain and that I now had an office filled with patients addicted to opioid pain medications. In the United States in 2017, 70,237 patients died from opioid overdoses. Five years ago, I decided that I would not contribute more patients to these devastating numbers. I stopped prescribing opioids and instead gave all of my patients recommendation letters to obtain medicinal cannabis in the State of California.

California was the first state in the United States to recognize that cannabis possessed medicinal benefits. In 1996, California passed Assembly Bill 420 which was designated as the Compassionate Use Act. All licensed physicians were given the opportunity to treat patients with medicinal cannabis in lieu of other medicines for whatever diseases or ailments they deemed cannabis might be beneficial. The Medical Board of California did not limit which physician groups could recommend cannabis to their patients, nor limit the application of cannabis to a defined number of diseases.

However at a national level, the United States Drug Enforcement Administration (DEA) has scheduled cannabis as a schedule 1 drug along with Heroin and LSD. By definition, a schedule 1 drug is highly addictive and shows no evidence of medical benefit. As such, a physician cannot write a prescription for cannabis, with specific directions as one would expect from any other medicine. Physicians can only provide patients with a recommendation letter for which they can visit a dispensary to determine which strain of cannabis to use and its dosing schedule. The patient is essentially given keys to the cannabis kingdom without physician guidance or supervision. This is not ideal. Cannabis should be treated like any other medicine so that physicians can prescribe dosages with disease specific strains.

As with any medication, cannabis, has side effects, which include, but are not limited to, short term memory loss, bronchitis, and in very rare cases psychotic events. Until cannabis is removed from the DEA Schedule 1 classification, evidence based research cannot be initiated in the United States. Without peer reviewed studies, many physicians are reluctant to incorporate cannabis as a treatment. Luckily, the medical boards in the 32 states where medicinal cannabis is available are giving physicians a wide berth, legally, to explore cannabis as a therapeutic option.

The discrepancy between medicinal cannabis being legal at a state level, but illegal at a federal level is contradictory and confusing for both patients and physicians. Physicians whisper to their patients that cannabis might help them, but refuse to issue recommendation letters for fear of reprisal from the respective medical societies. Nightmare stories of the DEA raiding the homes of patients who can legally obtain cannabis in their home state only to be arrested for federal crimes are unfortunately far too common. Children have been separated from parents who have obtained cannabis legally for medical purposes, not for reasons of neglect or abuse, but for DEA scheduling.

The legalisation of cannabis and its acceptance as a medical alternative to opioids is at times a polarizing subject, but it does not need to be. The research exists, and my clinical practice confirms that thousands of deaths from opioid overdoses could be avoided. 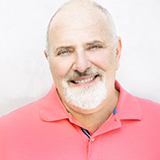 Competing interests: Frank D’Ambrosio used to have a TV show on a Youtube channel which advocated for medical cannabis use. He did not profit financially from it. He has a website advocating for medicinal use of cannabis: www.cannabisisamedicine.org