Survey data recently published in BMJ Open suggest that surgery continues to be a male-dominated field where most women working in the profession have experienced sexism. As a historian of modern British surgery, this evidence comes as no surprise.

Over the past eighteen months, I have been interviewing currently practising and recently retired surgeons of all genders about the place that emotions have in their professional lives. I am a historian of healthcare working on an interdisciplinary project called “Surgery & Emotion.” The oldest participant that I have spoken to was born in 1938, and so the interviews cover surgical experiences from c.1950 to the present day. I begin by asking participants about their medical experiences in childhood, before moving chronologically through their lives according to a pre-determined (albeit flexible and responsive) framework of themes. We discuss their decisions to embark on a medical career path, their first experiences on the hospital ward, why they were drawn to surgery as a specialty, and their relationships with their colleagues, patients, and families.

I don’t ask the women who I interview what it’s like to be a female surgeon and I don’t ask about the gendered dynamics of their work. And yet, throughout this process, I have heard appalling and unprompted stories of unashamed sexism, bullying, and harassment. Perhaps more troubling still is the fact that female surgeons’ experience of explicit sexism has changed little. All of the women who I’ve interviewed, regardless of age, reported sexual harassment and discrimination. Taking a long historical view, it seems that some women working today are exposed to language and assumptions that wouldn’t seem out of place in a 1960s operating theatre. Take the President of the Royal College Surgeons who, in 1980, doubted “whether surgery is particularly suitable for women.” The only difference is that comments are now often crasser and more sexually explicit. [1]

There’s the surgeon who was told by a senior colleague that she might as well “just give up” on her career when she became pregnant. There are the trainee surgeons told to stop holding their scalpels and other tools “like girls” and to stop allowing their uteruses to control their hands, hearts, and minds. There’s the female foundation year doctor being asked by and in front of a room full of senior surgeons which sexual act she’d performed to obtain an MRI in a timely fashion. Then there are the multiple stories from the female surgeons who have been sexually harassed and even groped while operating on patients.

As a non-clinical outsider from a profession with its own problems with sexism and female representation, I still find these stories shocking. No one should behave in this way in the workplace (or outside the workplace for that matter). These are the people we are trusting to care for our society—including some of its most vulnerable members—who cannot even treat female members of their own profession with the dignity we all deserve. You cannot be trusted to provide adequate care for marginalised patients if you cannot speak to your own colleagues with respect.

Of course, it should go without saying that there are many male surgeons (including those I have interviewed) who are actively working to dispel harmful gendered stereotypes about the profession. Men who are taking it upon themselves to challenge co-workers, structures, and institutions about the way they treat their female colleagues.

However, it is important to note that the goodwill of individuals is necessary, but not sufficient to change the culture of surgery. While there are plenty of admirable programmes that aim to empower female surgeons and increase the visibility of women in clinical fields, there also needs to be structural change and an acknowledgement that female surgeons in positions of prominence can only do so much. For example, there need to be new efforts to change the antisocial, anti-family, and anti-wellbeing cultures of surgical work (that harm everyone, not just women) such as expanded opportunities for less than full-time work and increasing acceptance of shared parental leave. Many women working today would recognise the observation made by a female doctor in 1978, “One has to have a co-operative husband, undemanding children, reliable help at home, limitless mental and physical energy, and enormous determination.”

However, we also need to make the men responsible for the stories described above accountable for their cruel and sometimes criminal behaviour. We need to empower women not just to pursue surgical careers, but also to report the misogynistic behaviour they encounter with the expectation that the behaviour will be sanctioned appropriately. And finally, we need to not just place the onus on women for their own liberation. Male surgeons need to address their own capacity for sex-based harassment and discrimination and, at the very least, call out their colleagues when they speculate about their female co-worker’s deployment of sexual acts in the workplace. 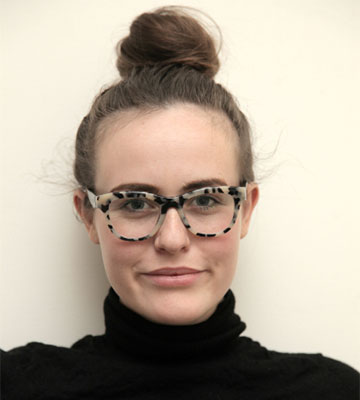