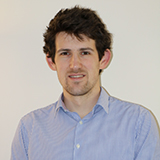 There was news this week that the roll out of the government’s universal credit welfare programme will be delayed amid criticism of its impact on vulnerable people.

It is not right that anyone should have to experience poverty or destitution in the UK. At the end of 2018, the UN special rapporteur on extreme poverty and human rights, Philip Alston, carried out an investigation of the state of the UK, and highlighted that over 14 million of us live in poverty. He found many examples around the country—parents, children, working people, and disabled people across the North and South of the country, are locked into poverty and unable to break free.

The findings of his report made it clear that the costs of welfare reforms have fallen disproportionately on those on low incomes. The freeze on benefits, in particular, has squeezed those already struggling to make ends meet. Alston spoke to many people affected by changes to the welfare system and heard of the constant stress and anxiety they feel when money won’t stretch far enough, forcing them into impossible situations.

Working families with low earnings rely on tax credits and other benefits, or Universal Credit, to top up their incomes in the face of rising costs of rent and childcare. But these benefits are frozen, not keeping pace with these essentials. Reductions in the support available mean that many parents on low pay find it hard to escape the grip of poverty and build a better life.

Social security should be providing an anchor for people when circumstances sweep them into poverty—it shouldn’t be leaving them destitute. In the UK, 1.5 million people experienced destitution at some point during 2017.

Living in poverty has wide impacts. People on low incomes have worse health outcomes on average than those on higher incomes. People living in the most deprived areas of the country are more likely to attend accident and emergency departments and are more likely to die young from conditions such as cardiovascular and respiratory disease. Rates of suicide are also considerably higher in less well-off areas.

Two main factors drove the falls in child poverty. Firstly, for most of the period between 2000 and 2013, benefits for out-of-work families with children not only kept up with prices, but they rose in comparison with average incomes. Secondly, the introduction of tax credits meant that those in work, but with low earnings were also supported.

In the past five years, this progress has stopped. Not only has it stopped, but child poverty rates have risen due in large part to reductions in the support offered by benefits and tax credits. The government can point towards tax cuts and minimum wage rises, which have been beneficial for some, but for many low-income families, the gains are undermined by reductions in the more targeted support to households given by the benefit and tax credit system.

Philip Alston was right to highlight the rising tide of poverty in UK, however what he said was nothing new. He has held a mirror up to our society and we mustn’t ignore the message. Our analysis shows why we need to loosen the grip of poverty on the nation’s health. There are clear actions that the government can take from ending the freeze on benefits and building on the principles behind Universal Credit to make sure that work is a proper route out of poverty. We all want to be part of a compassionate society, which cannot happen while poverty is an injustice that continues to burn.