Doctors of the World is working to provide mental healthcare and psychosocial support to asylum seekers, refugees and migrants, and Greek nationals

This year my colleagues and I at Doctors of the World met Yonas. He left Ethiopia due to political persecution: he had been put in jail, where he suffered a long period of torture. Yonas travelled the long and difficult route to Greece in order to find a safe place and search for a peaceful life. He first arrived in the Moria Camp of Lesvos, where he faced further trauma because of the difficult life of those in the camp: fights, fires, lack of privacy, lack of support, and difficulty accessing mental healthcare.

He left Lesvos illegally, without being able to wait for his asylum interview. He was feeling suicidal and scared. When he arrived in Athens, without any documentation, he remained homeless for almost two years, unable to access any social or psychological help.

According to the World Health Organization, mental health is not just the absence of mental disorder, but a state of wellbeing in which someone realizes his or her own potential, can cope with the normal stresses of life, and is able to contribute to their community.

Since late 2009, Greece has suffered a severe economic crisis. The severe impact of the crisis led to extreme austerity measures and cuts in the public expenditure for mental health system. The demand for services, however, is increasing enormously.

A major consequence of forced displacement is the widespread deterioration of psychological and mental health condition. This is the reality for many individuals stranded in Greece. People live in limbo and uncertainty, they feel demotivated, and their morale is low. Overcrowding, inadequate, and insufficient living conditions, and lack of protection all contribute to the deterioration of people’s mental health. Many children, especially those who are unaccompanied, are vulnerable to sexual harassment, and signs of domestic violence and neglect are quite evident. Their mental health most often deteriorates over time.

We met Yonas in Athens, at the Doctors of the World’s Polyclinic. It is run as part of the OPEN MINDS project. We provide essential psychological support, psychiatric care, counselling, and other services to help bring about the mental health and wellbeing described by the WHO.

Yonas found the courage to arrive at the polyclinic and ask for psychological help regarding his feelings of depression, anxiety, hopelessness, and severe suicidal ideation. Since then he has been attending regular meetings with the doctor as well as weekly psychotherapeutic sessions. We were also able to refer him to several organisations to support him in different aspects of his new life.

The OPEN MINDS project aims to promote mental health and wellbeing for people facing multiple vulnerabilities, such as migrants, refugees, uninsured and destitute Greek nationals, by providing them access to mental and psychosocial support and by ensuring that they can exercise their basic human rights.

During the past year alone, Doctors of the World offered mental health services to more than 3,500 beneficiaries all over Greece. The Open Minds project covered more than 750 individuals while providing approximately 4,000 mental health and psychosocial support consultations in Athens and Thessaloniki.

We want all our patients, both asylum seekers, refugees and migrants, and Greek nationals, who receive mental health services to have easy access to free and quality mental healthcare services and psychosocial support and be properly referred to secondary healthcare and social welfare structures when needed, with a proper follow-up of their case.

We want to strengthen cooperation among relevant mental health stakeholders in Greece. We want to provide the Greek state with adequate feedback from the civil society in order to prioritize mental health in its agenda and move forward towards implementing a health policy that aligns with the EU Framework for Action on Mental Health and Wellbeing.

Will you help us achieve better mental health for vulnerable people in Greece? 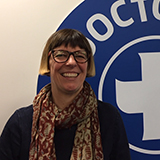 Ellen Waters is the Director of Development at Doctors of the World UK. Twitter: @Lifeisspicy