Practising clinicians, healthcare professionals, researchers, policymakers and patients rely on guidelines to help inform their practice, so it is vital that practice guidelines are trustworthy and quick. However, users, creators, and funders of guidelines often criticize the development of recommendations because they take too long to become public. By the time a guideline has undergone various approval processes and is published, its recommendations may be outdated, leaving developers frustrated and funders disappointed. Therefore, we need a new approach to speed up the development of guidelines.

Firstly, we should modify traditional ways of publishing guidelines. When recommendations have been completed and approved by a guideline development group, they should be made available in small informative recommendation units that cover a topic without causing confusion or important gaps. Confusion and gaps can arise if single recommendations remain uninformative because they depend on other recommendations, or do not provide key information that is relevant to address a topic.

The European Commission Initiative on Breast Cancer (ECIBC) made its breast cancer screening recommendations describing the age ranges and intervals available immediately after approval on a dedicated website with interfaces for different target audiences. These were published, even though the guidelines of over 50 other recommendations are still being developed. This approach avoided the long delays that occur when guideline groups wait for approval of an entire guideline document. It allows for rapid feedback by patients, health professionals, and policy makers. The approach also supports maintaining small informative recommendation units in a living or updated format. [1] Academic credit—one of the incentives for guideline panel members who give up time to develop guidelines—can be provided by publishing derivation products, short peer reviewed articles that describe these recommendations, and acknowledgement on the relevant websites.

Secondly, in order to be efficient, the evidence and rationale for recommendations should not require extensive work or modification by others, such as medical editors, before they are made public. Guideline Development Groups should work in ways that allow for more transparency to explain the rationale for recommendations to users and to understand any potential conflicts of interest. The GRADE Evidence to Decision (EtD) frameworks provide a structured and transparent approach to help panels use evidence to inform their decisions and make guidelines clear. The EtD frameworks lay out the importance of a health problem; the balance between health benefits and harms; values that people attach to outcomes; resource use, equity, acceptability, and feasibility; and the interests of panel members. They create a record of the discussion and judgments made in a guideline development group. Recommendations created using these frameworks can also be used to produce patient-friendly material. Making protocols or recordings of meetings available for users could further increase transparency, although this is currently does not happen.

Adopting this approach could speed up guideline development without compromising their credibility and enhance stakeholder satisfaction. 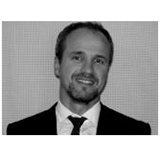 Holger J. Schünemann is chair of the department of health research methods, evidence, and impact. He is the director of Cochrane Canada and co-chair of the GRADE working group.

Competing interests: I have read and understood the BMJ policy on declaration of interests and declare the following interests: I am co-chair of the GRADE working group. I have no direct financial conflicts of interest although GRADE’s acceptance contributes to my academic successes and I have received consultancy money from non-profit organizations related to GRADE activities. I have played a major role in developing the tools of the GRADE working group. GRADEpro is GRADE’s official software app to produce trustworthy recommendations. The app is produced by EvidencePrime, a public private company owned by McMaster University and IT experts. I have also participated in some of the guideline panels that are described here.