I have had rheumatoid arthritis for nearly a decade now. I used to think that it only affected hand joints and caused them to deform. That was until I got it and I have learned over the years that aside from it striking at any age; it can affect any synovial joint, as well as important organs, such as the lungs and heart, with serious consequences. With modern drug therapies, such as the use of biologics, deformity is not inevitable, and therefore rheumatoid arthritis is now largely an “invisible illness.” Yet it still has very real symptoms which are experienced by many patients.

However, if you mention to any member of the public that you have rheumatoid arthritis, all they tend to hear is the “arthritis” part, which they then confuse with the more widespread and commonly known osteoarthritis. I have lost count of the times I have said I have rheumatoid arthritis to then be told “Oh, my nan has that!” My follow up question is always “Does she have rheumatoid arthritis or osteoarthritis?” to which the general response is a blank expression. In rheumatology consultations I often find that the focus is on my joints (a large make up of how disease activity is measured and scored). Involvement of organs is rarely mentioned or queried, and the psychological impact of living in a constant state of flux with an unpredictable chronic illness remains largely unaddressed.

All of this has made me wonder whether the name of the condition is partly to blame? Does the word “arthritis” detract from rheumatoid arthritis being a systemic autoimmune disease? Would calling it something else cause less confusion with osteoarthritis for the general public and remind healthcare professionals to take note of its wide-ranging effects beyond the joints? To test my theory, I had discussions with both patients with rheumatoid arthritis and healthcare professionals in a social media community. I asked whether other people agreed that because rheumatoid arthritis affects more than just the joints, it would therefore be better to call it “rheumatoid disease?” (a term I first read in a blog by Kelly Young, aka “RA Warrior,” in 2012 and has stuck with me.) Many people joined in the debate and insightful comments were made.

Nearly all patients and the majority of healthcare professionals were supportive of a name change to “rheumatoid disease.” One patient in support mentioned that they have heart failure due to their rheumatoid arthritis. Other patients said they felt the current name was “misleading” or they felt “compelled to explain” rheumatoid arthritis after saying its name, which they put down to the word “arthritis.” Others said that people tend to think it is normal wear and tear (i.e. osteoarthritis) and not autoimmune. Another view expressed was that every form of inflammatory arthritis/autoimmune rheumatic disease should have its systemic nature reflected in the name. One person didn’t like the word “disease” as “it suggests something you can catch.” Alternative name suggestions given were “rheumatoid condition,” “rheumatoid syndrome” (as it has a “wide spectrum”) and just “rheumatoid” on its own (a one word name like lupus).

Those opposed to a name change pointed out that all types of arthritis affect more than joints and that losing the word “arthritis” would take away from the fact that these conditions do affect joints. One rheumatologist felt that more than the name, the reason physicians concentrate on joints is because the joint-focused disease activity scoring system is what is used by NICE to guide the prescription of RA drugs. Interestingly, it appears that no patients were consulted in the drawing up of the 2010 ACR/EULAR Classification Criteria for Rheumatoid Arthritis, even though we are experts in our own condition. I wonder if patient involvement would have resulted in a broader classification.

Regardless of whether there is sufficient support for a name change, there is a general agreement that there needs to be a collective shift in healthcare so that people realise rheumatoid arthritis affects more than just joints. Patients need more holistic care with a “team approach;” and more education is needed for both healthcare professionals and the public about the systemic nature of the condition and the complications that can arise. There is still much work to be done to improve awareness, diagnosis, and management of rheumatoid arthritis. Changing its name might help, but it is only part of the solution. 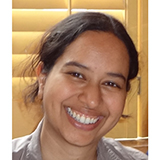 Acknowledgements: Thank you to all who contributed to the debate on Twitter.