Surgeons have much to learn from activities associated with musical performance 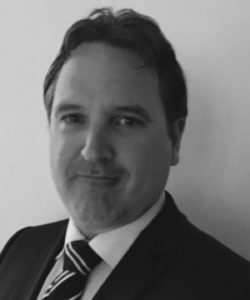 Now more than ever, surgical trainees have more to learn and less time to do it in, bringing the question of how we train them under increasing scrutiny. Surgical educators are now looking to other forms of performance, such as sport and craft, to enhance training. In these disciplines a common theme of haptic learning is constant, where learning occurs through performance or “discovery through doing.” Music, one of the oldest performance disciplines, may also be of relevance to surgical training.

Anyone who has learnt a musical instrument knows that countless hours of practice are needed to achieve success. As a musician who has performed as an individual and as part of a group, I have spent many hours practicing before competitions and performances. It becomes apparent that how one practices is a skill in itself and the type or quality of practice is often more important than the quantity of practice. Ericsson formally described this phenomenon as deliberate practice after studying violinists in a music academy in Berlin. Rather than monotonous repetition of a skill or task, deliberate practice involves breaking the task up into chunks, identifying which ones need improvement, and performing focused practice on this chunk or task until a goal is achieved.

As a surgical educator, I can also see a role for deliberate practice in surgical training. As in music, complex tasks (e.g. percutaneous screw placement in fracture surgery) can be broken up into basic steps or “chunks,” such as image intensifier positioning, appropriate screw entry point identification, and trajectory planning. Trainees can then practice the steps they are deficient in under supervision. Here trainers provide critical feedback by identifying the troublesome parts of a technique that an individual trainee is struggling with. Simulation in particular can provide a safe environment for deliberate practice where trainees can practice tasks repeatedly without risk to patients.

Warm-up and rehearsal are other integral parts to musical performance. As an accordion player, I warm up physically before practice or performances with finger exercises. When playing with a group involving other instruments, we generally warm up together to ensure that our instruments are in tune and challenging parts of the performance are practised several times before the main performance. In a formal rehearsal, the steps of the performance are reiterated and the individual role of each performer is clarified.

Can warm-up and rehearsal be useful in surgical training and performance? I think that for the technical side of procedures, both physical and mental warm-up can be of benefit. Many noted surgeons describe mentally rehearsing the steps of complex procedures that they are about to undertake. Physical warm-up can include practising the procedure on benchside simulation models, with evidence emerging to support their use prior to complex operative tasks, such as intracorporeal suturing, laparoscopic electrocautery, and carotid artery stenting. Similar to a musical group rehearsal, having a team warm-up before carrying out a surgical procedure is now almost universal. It ensures that everyone involved in the surgical procedure (e.g. surgical assistants, theatre nursing staff, and the anaesthetist) is aligned to shared goals.

Improvisation is another phenomenon employed in many genres of music, which may be transferable to surgical performance. It’s a collaborative effort where group members are committed to a shared mindset, underpinned by knowledge of individual roles and a leadership framework that allows improvisation to occur. This improvisation occurs around an unseen set of constants, such as an original basic melody or rhythm scheme. Musicians then interpret (e.g. minor note changes to the melody); embellish (e.g. delay sequences of melody); and vary (e.g. insert new sequences of notes) the original melody by creatively using a previously built stockpile of variations. The communication driving this process is generally non-verbal, with musicians being familiar with each other’s movements, rhythm changes, and facial expressions.

How might improvisation be relevant to surgical practice? It may be useful for innovating surgical techniques or developing new devices. It may also be helpful in unpredictable or unexpected situations, such as an emergency or a complication. If an unexpected error occurs (e.g. unexpected large vessel injury) improvisation can form part of the rescue response.

Team members must react, and improvise if necessary, around a central theme (e.g. stopping blood loss with proximal clamping and preparing for a massive blood transfusion), using individual pre-existing skills and knowledge built from training and experience. Leadership, communication, and situational awareness are all important components of this process to ensure a rapid team response and error rescue.

Music and surgery have evolved around a common theme of performance. It’s worth considering the real world applications of this parallel and how we can make use of it. As a musician and a surgeon, I’ve come to see how contemporary surgical training can be informed by activities traditionally associated with musical performance. This shared part of their identities represents a potential area for future research and collaboration, with both disciplines standing to benefit.

Joseph Queally is a consultant orthopaedic surgeon at Addenbrooke’s Hospital. He is a musician and a surgical educator. Twitter @joe_queally

Acknowledgement: I would like to acknowledge Professor Roger Kneebone with whom I have discussed the above piece during my time on the M Ed programme at Imperial College London.