In the past 30 years, polio has moved from being a widely occurring infectious disease to one now on the brink of complete eradication. It is too soon to celebrate the success of what will be only the second infectious disease to be eradicated in human beings, after smallpox. But already the plans for ending the massive polio eradication programme and the consequences for the future of global health programmes and actors are being intensely debated.

A recent high-level discussion at Chatham House, London focused on how the legacy of the polio eradication programme can strengthen health security and the drive towards universal health coverage (UHC). But to do so it will be vital for key elements and capacities to be integrated into health systems.

Before the Global Polio Eradication Initiative (GPEI) was established in 1988, the wild poliovirus (WPV) was present in 125 countries, with approximately 1000 children being paralysed each day. In 2017, the world saw only 22 cases of polio caused by WPV, limited to just Afghanistan and Pakistan. However, the path towards eradication has not been straightforward. More than 99% of the reduction was achieved by 2000, but the last mile of eradication has proven to be the most difficult. As of 6 December, there have already been 28 confirmed WPV cases in 2018.

Initiated by the pioneering efforts of Rotary International in the 1980s, the unique GPEI partnership has, to date, expended more than US$ 15 billion, much of it in low-income countries with weak health systems and low rates of routine immunization against a range of infectious diseases. It has achieved its progress through a focused campaign-based system of national and subnational supplementary immunization activities, training health workers—including women who are from the communities they serve and therefore known and trusted—to go door-to-door to find every child and provide drops of oral polio vaccine (OPV). To maintain OPV integrity, cold chains were established, along with managerial systems to manage and map the programme nationally and locally. A cornerstone of the programme is the operation of high-quality surveillance systems and laboratory networks to identify, confirm, and report every suspected case and undertake environmental monitoring of sewerage samples for evidence of circulating poliovirus. Emergency Operations Centres serve as hubs year-round and during immunization days and, in areas of conflict, on days of tranquillity. In many countries, the strength of this polio programme infrastructure has been of benefit to other health activities, including routine delivery of other immunization services and nutritional supplements such as vitamin A, as well as aiding rapid and efficient responses to emergencies such as natural disasters and outbreaks of diseases like Ebola.

All these facets of the GPEI programme constitute an immensely valuable resource to strengthen countries’ health systems and services. The polio assets can help build capacity for preventive approaches and primary healthcare services; and they are precisely the assets countries need to build and sustain resilience to health emergencies caused by infectious diseases, disasters, and disruptions.

To translate this potential into effect, it will be necessary to transition the polio assets presently operated and funded by the GPEI into country ownership and integrate them into health systems. And therein lies a great challenge. Countries will need the financial resources to increase their health spending and the political will to prioritise investment in health in the face of competing areas of national expenditure. They can be assisted by development partners, including the UK, which has been one of the largest contributors to the GPEI.

The arguments in favour are clear. The necessary investments will:

An additional dimension of the legacy of polio is the need to translate the lessons from the polio eradication programme and the unique partnership that has conducted it into learning that informs future health initiatives and the future approaches of global health actors. One lesson is that the very long “tail” of polio cases in the last two decades might have been avoided if eradication efforts had begun early in the most challenging places, alongside those where there were low-hanging fruit. Another is the need to anticipate the potential for encountering resistance to accepting a vaccine, for a range of reasons.

The latest report of the GPEI’s Independent Monitoring Board warns that “A major breakthrough is needed. Finding the path to polio eradication will require creativity to find new solutions to intractable problems, bold action to revitalise leadership and teams, and most importantly, an unshakeable commitment to finish the job.” As the GPEI plans for the future, it has become increasingly clear that ‘finishing the job’ must mean not only certifying that the last case of polio in a human being has been seen, but that the assets of polio eradication and the knowledge gained are put to good use for the benefit of health everywhere. Stronger health security and accelerated movement towards UHC are the prizes to be won. 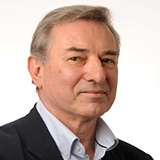 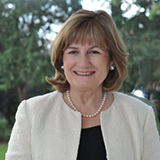 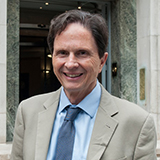