The Belt and Road Initiative—China’s plan for the “new Silk Road”—marks one of the largest developments of the 21st century, affecting economies, infrastructures, and trade in a vast part of the world (Asia, Africa, and Europe). But will it disrupt global health as well?

The initiative encompasses economic, infrastructure, transport, and consequently environmental policies in the region and is strongly embedded in trade, investment, development, and foreign policies of the participating countries. Health has its own interface with these domains, underlining the potential benefits and risks that the initiative will have on public and global health.

New forms of cooperation in research and knowledge sharing will also be established. Cooperation networks for health policy research, public health, and human resources, as well as the Hospital Alliance and the University Alliance of the Silk Road, have all recently been started. These professional exchanges provide an opportunity to improve evidence based standards and solutions in and between countries.

Finally, national and regional institutions and mechanisms supporting the initiative have the potential to enrich the governance for global health. [1] This already manifests through the public health stance of regional political and economic organisations with overlapping membership with the initiative, such as the Asia Pacific Economic Cooperation, the Shanghai Cooperation Organisation, and the Eurasian Economic Union. Health “clubs,” such as the meetings of health ministers of China and Central and Eastern Europe and the high level forum of China-Africa Health Cooperation, have also contributed.

But there are also risks. From a public health point of view, countries with weaker health systems may not be able to cope with the health effects of such vast infrastructure projects, an influx of trade, and increased cross border movement, unless health protection and promotion is adequately embedded in the initiative’s agenda. There are also risks around the spread of infectious diseases in countries with lower vaccination rates, freer supply of products like tobacco and unhealthy food, and environmental and road safety concerns. Moreover, the rapid development of new infrastructures, without sufficient consideration of the effect on health, may escalate already existing health gaps. Risks will also be associated with macro effects, such as the level of protection by employment laws and the health effects of increased debt.

From a governance point of view, the scarcity of international agreements specific to the Belt and Road Initiative may disrupt the expected positive effects on global health governance. We should make use of prominent global and regional health agreements and processes that participating countries are already members of, such as global and regional treaties (including WHO’s Framework Convention on Tobacco Control and Protocol on Water and Health), International Health Regulations, and the European environment and health process. Further, “club” positions on topics such as tobacco, occupational health and safety, and trade and investment agreements, may slow and potentially impede global health negotiations. Risks will also be associated with potential divergence from national and global agendas, such as on non-communicable diseases, a major global priority that was not specifically referred to in the recent Health Silk Road Communiqué. [2]

Links between the Belt and Road Initiative and China’s rising role in global health are evident. The latter has manifested itself in bilateral assistance in emergencies and outbreaks, building medical facilities abroad, export of medical knowledge and technologies, and increased engagement in multilateral health forums, including in influential clubs such as the G20 and the BRICS countries. This direct engagement from China on health is now being reinforced by the health effects of massive infrastructure investments along the Belt and Road, with the new financial institutions such as the Eurasian Infrastructure Development Bank and the Silk Road Fund fuelling these prospects.

Although health is not at the core of the initiative, it is nevertheless integral and must be considered. Health will be disrupted, with considerable gains, but if unchecked there will also be risks, owing to the large economic, trade, and infrastructure projects that span the vast corridor linking China with Europe and beyond. 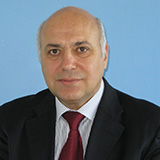 2 National Health Commission of the People’s Republic of China. Beijing Communique of the Belt and Road Health Cooperation and Health Silk Road. en.nhfpc.gov.cn/2017-08/18/c_72257.htm