The Doha Declaration on the Trade Related Aspects of Intellectual Property Rights (TRIPS) Agreement and Public Health was adopted in 2001 by members of the World Trade Organisation (WTO), in response to concerns about access to medicines. It affirmed that the TRIPS agreement should be interpreted and implemented to protect public health and promote access to medicines for all. Moreover, it showed the power of developing countries to drive through an agenda in the interest of public health and at odds with drug companies and richer economies

High drug prices are often the result of strong intellectual property protection. The 1995 TRIPS agreement introduced intellectual property rules into the multilateral trading system, including patents for drugs. [1] In theory, it enabled countries to bypass companies’ patents, issue compulsory licences, and manufacture and export affordable generic versions of brand name drugs in public health emergencies. In practice, it was unclear how countries could make use of these safeguards. Concerns grew about patent rules restricting access to affordable medicines in developing countries, particularly access to antiretroviral drugs in the face of the HIV/AIDS epidemic. [2]

The Doha declaration marked a major shift in political and legal relations at the WTO. It established that a rules based trading system should be compatible with public health interests. In developing the declaration, members from developing countries had sent a clear signal that they would take steps to protect and advance their social interests.

Several elements were critical to successful development of the declaration. Members from developing countries showed that by establishing a core coalition, including Brazil, India, and South Africa, and maintaining it throughout a negotiating process, they could prevent themselves from being outmanoeuvred by the EU-US block. The goal of the core group was supported by networks of national and international civil society groups, particularly AIDS advocacy groups, which used clever framing strategies to raise public awareness about the health risks from TRIPS. Moreover, the core group had the support of a much wider circle of countries. The Doha meeting was part of a sequence of events around access to antiretroviral drugs over the preceding years and happened just one month before the launch of the Global Fund to Fight AIDS, Tuberculosis and Malaria.

TRIPS elevated the WTO to a key player in global health governance because it took on the role of developing and regulating patent policy. The Doha declaration also arguably helped reassert the World Health Organization’s authority as the main global health institution through dialogue with the WTO and its members. The declaration reminded the global north that the global south was not a pushover.

But this may all be irrelevant. Over the past decade, the multilateral system has been progressively abandoned partly owing to shifts in the economic power balance between countries and regions. This has led to increasing numbers of regional trade agreements and bilateral investment treaties. Wealthy countries have more bargaining power than low income countries to negotiate advantageous trade rules, including delaying the introduction of generic medicines and introducing restrictions on the operation of drug programmes that would undermine the regulation of medicine prices. [3] Corporations also hold disproportionate power in such agreements and are the beneficiaries of their rules. These power imbalances are compounded by a lack of accountability and transparency measures compared with the formal rules and dispute settlement procedures of the WTO system.

The outcomes achieved in the Doha declaration stand in stark contrast to the progressive “ratcheting up” of intellectual property rights in free trade agreements negotiated outside the WTO. [4] This resetting of global trade rules does not bode well for the future of global public health, with the issues of price and access to medicines now a concern to all countries. [5] 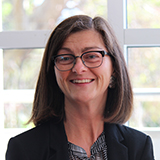 Sharon Friel is professor of health equity and director of the School of Regulation and Global Governance, Australian National University. She is a fellow of the Academy of Social Sciences Australia.