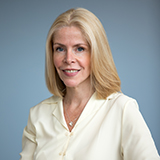 Obesity is predicted to become the biggest preventable cause of cancer among UK women in the next 25 years, overtaking smoking.

This is mostly down to falling smoking rates, but it’s also in part due to rising levels of obesity.

And while the fight continues to achieve a tobacco-free country, obesity can’t be ignored.

Only 15% of people spontaneously listed obesity as a risk factor for cancer, when asked in a recent Cancer Research UK survey. This is despite there being a large body of evidence, to support the association between obesity and many common types of the disease, including breast, bowel and kidney cancer.

GPs and other health professionals are uniquely placed to raise awareness of the health risks associated with obesity as well as support weight management.

Talking about weight isn’t always easy, while one person might be aware of being overweight and happy to discuss changes that will help them lose weight, another may be offended by the topic. Doctors might also have concerns about whether this discussion could change the dynamic of the consultation or be detrimental to the doctor patient relationship.

But it is important to tackle this issue. Raising awareness is about helping people make informed choices about their own health, not about stigmatising people or telling them how they should live.

Cancer Research UK’s obesity awareness campaign earlier this year received some criticism from the public and health professionals, highlighting that this is an issue for debate.

But this was a minority view. The evaluation of the campaign launch found that most people (84%) agreed it was an important message, while 8% said they found it offensive.

Some of the criticism suggested that Cancer Research UK was blaming individuals for their weight or trying to shame them into losing weight. But the charity has explained that its ultimate aim is to help change policies so it’s easier for everyone to keep a healthy weight.

Smoking rates didn’t come down on their own. The decline followed decades of effort to raise awareness about the health risks, coupled with strong policy action such as tobacco taxation, a ban on smoking in indoor public places, removing tobacco marketing and more recently introducing standardised packaging.

Cancer Research UK aims to help tackle obesity in a similar way, by pushing the government and food and drink industry to act in the interests of public health.

Making individual choices is important, and health professionals should support their patients to do so. But we also need to change the environment so it’s easier for everyone to make those healthy choices.

Obesity is a complex issue with many causes, but one of the most important influences is the obesogenic environment around us. We’re bombarded with junk food marketing, we have far greater and easier access to cheap and energy-dense food and drinks, and fewer opportunities to move in our everyday lives than ever before.

That’s why we need strong political will to introduce policies that help make healthy choices easier. Obesity isn’t the same as smoking, and we can’t address it in exactly the same way, but there’s a lot to learn from the action that brought down smoking rates in the UK.

We’re campaigning for a 9pm watershed on junk food adverts on TV and similar protection for children viewing adverts on-demand and online as well as restrictions on price promotions in supermarkets.

And the good news is that the tide might be starting to turn, with the release of chapter 2 of the Childhood Obesity Plan  for England earlier this year which proposes many important actions from our campaign.

But there’s a lot more work to be done—not least to ensure the intentions set out in the plan become a reality.

Linda Bauld is professor of Public Health at the University of Edinburgh and holds the CRUK/BUPA Chair in Cancer Prevention at Cancer Research UK.