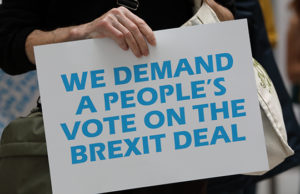 Is there anything in the world more boring than Brexit? I know, I know. I can’t bear it either. But this week might just be crunch time. Please, for a moment—for our future—read on.

In the 2016 referendum campaign neither side covered themselves in glory. But it was particularly easy for Leave to promise hypotheticals—the fantasy future in which the NHS was £350 million a week better off and we would all inhabit “sunlit uplands.”

Two years on, the Brexit reality is starkly at odds with that rhetoric. Take the NHS. Far from boosting NHS funds, the health secretary revealed last week that Brexit has caused the NHS to start stockpiling fridges. Otherwise, our drug supply chain may be jeopardised, putting NHS patients at risk. Meanwhile, the government has been gagging UK pharmaceutical companies, preventing them from speaking out about Brexit contingency planning (NHS candour, anyone?). Nurses, doctors and other NHS staff are quitting the NHS in droves. And even the supply of hospital meals is threatened. Not quite the slogans so jauntily splashed on that bus.

The fact is, whichever way you voted, today’s Brexit looks vastly different to the vague, seductive version that we were promised in 2016. Which is why if—as many pundits believe—we are on the brink of an EU/UK deal being struck and put to Parliament, relying on MPs to vote for or against it is not enough. Theresa May’s Chequer’s plan is utterly impenetrable, and Jeremy Corbyn’s Brexit flip flops would fill a nation’s worth of Shoe Lockers. Personally, at this stage, I’m not sure I really trust any of them.

But what I do have faith in—always have, always will—is the British public. As a doctor, I spend my professional life carefully informing patients of the risks and benefits of medical interventions. If I didn’t the General Medical Council would rightly want to know about it. Informed consent relies on evidence, not ideology. On facts, not spin. On reality.

That’s why I’m relieved and delighted to see four MPs—Sarah Wollaston, Paul Williams, Philippa Whitford, and Phillip Lee—all of them doctors, from across the political parties coming together to table an amendment to the House of Commons “Approval Motion” calling for this to be conditional upon a People’s Vote. This amendment would require the British people’s informed consent for whatever version of Brexit is finally proposed. In other words, the nuts and bolts of what Brexit actually looks like—so far removed from all that referendum hot air—would be put back to us, the people, for a second referendum. The choice would be simple. Vote either to accept the deal on offer or to remain in the EU.  Whatever the decision, at least—at last—we would have voted with our eyes open.

This matters and it matters now. The Approval Motion is the best opportunity for the  amendments to have legal effect to allow a referendum. If the motion is approved unamended, we would leave the EU on 29th March 2019 without any public say whatsoever.

I am launching a public petition supporting this amendment because the principle of informed consent underpins everything we do as doctors, respecting patients and putting them first. I would never treat a patient by keeping them in the dark, and imposing my wishes upon them. And I expect our elected representatives to show us, the electorate, the same basic respect, allowing our informed decisions to guide them. 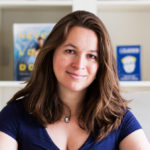