As patient populations grow increasingly diverse and complex, doctors and medical students should be equipped with the skills and knowledge to treat patients from minority groups equitably and non-judgmentally. Educating medical students on diversity-related topics increases confidence in communication and has the potential to improve patient care. The implementation of such a “diversity curriculum” has largely been left to individual medical schools. [1] However, existing cultural competence training programmes have been criticised for being simplistic and flattening cultural differences down to lists with diversity training in higher education accused of being tokenistic. [2,3]

The Windrush scandal of 2018, has highlighted systemic inequalities within British organisational systems and points to the persistence of colonial influences within society. Medicine and medical education could, on some levels could be accused of “colonising” students, patients, and doctors. This analogy is drawn by Stern who describes “biomedicine and its training as ‘colonising’ both doctor and patient.” [4] By colonising Stern means that the cultural identities of students are shaped (often by organisational “hidden curriculum” messages) by medical schools and the “club” of medicine. Medical schools themselves tend to have higher BME student populations than many institutions; a recent GMC report found that almost a third of UK graduate doctors in training identify as BME. Of those who entered medical school in 2016, 42% on standard entry medical programmes identified as non-white.

As clinical academics at a London medical school, we have recently run two university grant funded public engagement events on “liberating” (diversifying) and “decolonising” the undergraduate medical curriculum. Contrary to what several of our clinical colleagues presumed, the decolonising project was not about bowel sanitation and gut microbes, nor were they about bowels’ proverbial contents. “Decolonising” describes an academic movement across universities and other institutions to highlight inequalities resulting from historical colonial influences and to transform and modernise materials. The aim is to make teachers and students aware of any unconscious biases and remove colonial references, thereby creating fairer curricula. The equality and diversity agenda tend to be a top down endeavour from institutions but the decolonising agenda is more about ground up activism from those affected by the legacy of colonial injustice.

Our goal is to enable students (and faculty) from minority groups, including from Black and Minority Ethnic (BME) backgrounds to feel less marginalised by traditionally white, male euro-centric content. It forms part of a broader equality, diversity and widening participation agenda and resonates with the more global movement to challenge and flatten power hierarchies. It fits with the notion of the patient, students, and the public as powerful “agents of change” in co-producing curricula. This mirrors patient and public involvement in healthcare and research, which we recognise as clinicians.

Following feedback from faculty, students, and the public at our first event last year, we have made several curricular changes. For example, it was highlighted that students are not taught practically to detect clinical signs such as anaemia and cyanosis in BME patients, which we now consider when teaching. In addition, since melanomas may be harder to detect on darker skins, we procured melanoma “stickers” to use on darker skins as a teaching aid to illustrate this diagnostic point. The fact that certain laboratory tests, such as renal function have different normal reference ranges in certain ethnic groups, has been highlighted in teaching materials as a result of these discussions. Case studies using patients from varying cultural groups are now used more frequently to introduce more heterogeneity. This agenda also acted as a catalyst to address other widening participation platforms such as LGBT+ case inclusion; for example, counselling a transgender male about breast cancer or a transgender female about prostate cancer, and familiarising medical students with taking histories comfortably from the LGBT+ community.

The philosophy of patient centred care within medical education and the NHS naturally embraces equality, diversity, and decolonising movements in order to serve our patients best. Better communication and clinical skills means better care for all patients. Educators and clinicians need to ensure that learning materials and guidelines are grounded in human rights as suggested by the World Health Organisation’s Sustainable Development Goals.

Any pedagogical development in this field of social justice should not be tokenistic and it should also be underpinned by sound educational principles. These are understandably emotive, sensitive, and political issues for many, and as medical educators, we need to find a path that evolves curricula in a fair and measured way to produce student-centred pedagogy, reflective of the populations we teach and serve clinically.

We feel that in this academic quest of diversifying and decolonising the medical curriculum, we are paving new paths and may make mistakes along the way. We are forging through areas of sensitivity and historic injustice, where triggering unconscious biases and wounds are equally possible. Diplomacy and an understanding of people’s emotional triggers are required. We recommend that those leading diversity projects at higher educational institutions should consider being reflective about their own triggers and privileges. 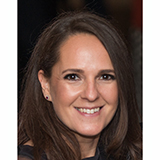 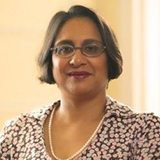 Amali Lokugamage is a consultant in Obstetrics and Gynaecology at Whittington Health NHS Trust, London, UK and a Deputy Lead for Clinical and Professional Practice at UCL Medical School.

Declaration of interests: FG and AL have received two grants from UCL to the Department of Clinical and Professional Practice for ‘Practically Creating an Inclusive Curriculum’ and Decolonising the Medical Curriculum (2017,2018).

AL is on the Board of Directors of the International MotherBaby Childbirth organisation and a Trustee for the Birthlight Charitable Trust. She is a company director of a small publishing company called Docamali Ltd.