The Cochrane Colloquium is a large international conference, which this year was held in Edinburgh. Arriving at the colloquium, we really didn’t know what to expect. Before arriving, we had seen that the event had been advertised as a “Patients Included” event, and we were interested to see what this really meant at such a large event.

At registration we were handed a booklet with information on the colloquium, including a list of all the talks, workshops, and events during the three days. It was great to see that a dot had been placed beside each event that had been “suggested for consumers.” This really helped us in navigating the huge number of events and sessions to get the most from attending the colloquium.

During the opening keynote of the colloquium, Cochrane introduced the #JargonBin where patients were encouraged to tweet (using the hashtag) any words, phrases, or acronyms that they were unfamiliar with during talks and workshops. Many of the presenters stated at the start of their presentations that they had thought carefully about the language they were using in the fear of being “called out.” This meant that, in general, the language used within the colloquium was easy to follow and understand, which was a great step towards us feeling included within the colloquium.

For future events, we would suggest providing a glossary with key phrases and acronyms along with the colloquium information, as sometimes there was a delay in getting a response from the hashtag, which meant you might have missed a section of the talk.

The first session we attended was a beginners session about Cochrane. This gave us the basics on Cochrane, systematic reviews, and how we (as patients) could get involved in research through Cochrane Crowd and Task Exchange. This session really helped us in being able to engage with the rest of the colloquium events, particularly in how patients could be further involved in the work at Cochrane. This seems quite unique to have a session on the basics, but it was well attended by patients and was a great opportunity to ask those “obvious” questions.

Within the colloquium, many sessions were dedicated to patient involvement and engagement, with researchers talking about how they had involved patients within their work. Some of the best sessions we attended had both a researcher and a patient jointly presenting on their work from both perspectives. One of these joint presentations was a keynote session—where everyone attending the conference is encouraged to attend—which was the most engaging presentation. It was also the only one to receive a standing ovation from the audience.

During this presentation a researcher, Ruth Elwood Martin spoke about her research project on women’s health within prisons. She then handed over to Mo Korchinski, one of the participants on the project, to talk about what it was like to be involved in the research and how it had made an impact on her life. To us this really was the definition of patient involvement—having patients talk about their involvement rather than researchers talking about how they have involved patients. We can only hope we see more of this within patient included conferences in the future.

During the colloquium, Cochrane also provided some of their experienced consumers and staff with sashes, indicating they had attended colloquiums before. This meant that patients could easily identify someone who might be able to answer any questions about Cochrane or the colloquium in an informal way. These individuals were a great resource as attending an event like this for the first time can be overwhelming with the amount of activity going on. To support patients in attending events like this, it would have been great to have a dedicated space or session for patients to meet with one another and share experiences of the event—maybe something to consider next time.

Finally, the Cochrane Colloquium is a very expensive conference to attend (around £395 for the three days), which makes it difficult for many patients to attend. Cochrane provided several scholarships for patients to cover these costs, which is a big step in helping patients attend events like this. Cochrane also involved the “Beyond the Room” team to ensure that patients who were not able to attend in person were still able to participate in the colloquium activity. The Beyond the Room team were always the first to be invited to share questions from Twitter or mendi.com to the presenters. They also recorded podcasts with presenters and even one with us.

As we left the colloquium, we really felt that Cochrane had not only valued but actively encouraged patient involvement. For patients to really feel that they are equal partners within the colloquium, and other conferences, they must be given the same opportunities to present their perspectives (within keynotes and workshops); engage in discussions (around both research and patient involvement); and use the opportunity to network (with other patients, researchers, and healthcare professionals). Cochrane took some great steps towards helping patients feel involved in the colloquium, however, there are many more challenges to face going forward. 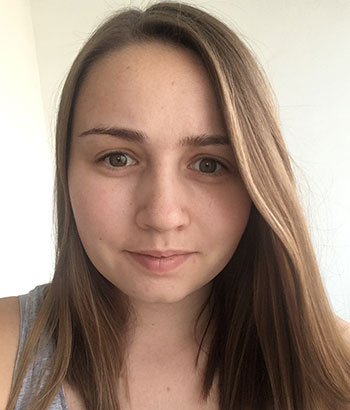 Emma Cartwright is currently completing her PhD in health psychology at Nanyang Technological University in Singapore. Emma was diagnosed with type 1 diabetes at the age of 4 and is a patient editor at The BMJ, editing the “What Your Patient is Thinking” series.

Competing interests: Emma Cartwright was the recipient of the Rosamund Snow Award, which covered UK travel expenses, accommodation, and conference registration to attend the colloquium. She is also a freelance patient editor for The BMJ. 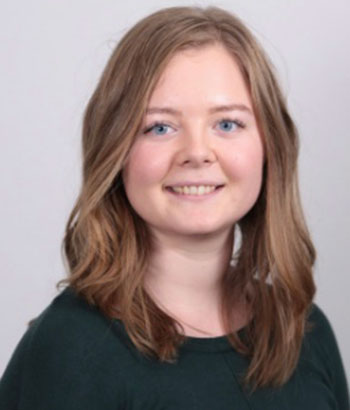 Jess Rees is currently studying adult nursing at the University of Birmingham.

Competing interests: Jess Rees was the recipient of the Rosamund Snow Prize from Cochrane UK, which covered UK travel expenses, accommodation, and conference registration to attend the colloquium.