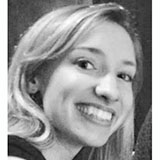 During the early stages of training in radiology there is limited independent practice and much of your work is supervised or signed off by a senior colleague prior to a formal report being issued. This is followed by a transition towards more independent practice where your work is less supervised and you are expected to seek help when needed. During this period of vulnerability, a trainee might make more errors, perhaps due to incomplete knowledge and inexperience as well as a limited awareness of the wide range of normal imaging appearances which should be distinguished from pathology. Mistakes are inevitable and anticipated; there is a saying that a trainee who doesn’t make mistakes is not doing enough work.

The Royal College of Radiologists (RCR) recommend that radiology departments should have a forum for discussing clinical scenarios in which errors or near misses have occurred. At these meetings, anonymised, discrepant cases are discussed and a consensus opinion is reached on the learning points and appropriate action plan. These are officially termed “Learning from Discrepancies” meetings (LDM), emphasising the aim of shared learning in a blame-free environment.

Where an error results in harm coming to a patient, radiologists have a responsibility in relation to the duty of candour (DOC). In accordance with Care Quality Commission guidance, a DOC disclosure must take place when a patient is exposed to “moderate-to-severe harm” as a result of an error. Often the radiologist will not have had a face-to-face interaction with the patient in question, necessitating a different approach towards a DOC disclosure.

Firstly, it may be difficult for a radiologist, who is relatively detached from the clinical encounter, to determine the degree of harm that has occurred as a result of a delayed or missed diagnosis. In such situations, the case is referred for consideration by the relevant clinician or an external panel.

Secondly, even if it is clear that an error has resulted in harm and a “candour conversation” is required, this is likely to be most appropriately conducted by a clinician who is familiar with the patient. This raises an important issue surrounding communication between the clinician and radiologist. If, for example, a radiological error is identified by the clinical team, RCR guidelines state that the case should be discussed, prior to disclosure, with the radiologist involved. This allows an understanding of the factors which may have led to the misdiagnosis which is, I would imagine, a prerequisite to conducting an informed DOC discussion with a patient.

A situation which recurs in LDM discussions concerns follow up imaging in patients with cancer. The radiologist is looking for subtle metastases that are only apparent when they reach a certain size. Inevitably, the threshold for detecting a small lesion will vary between radiologists. Theoretically, a suspicious lesion may be “missed” on a CT scan and seen on subsequent imaging, when it is larger and clearly a metastasis. These scenarios are often discussed at an LDM, and in some cases a consensus radiological opinion is that the lesion was not detectable on the initial scan, without the benefit of hindsight.

In this context, it is conceivable that a DOC discussion with a patient could cause more harm than good. For example, if a patient is seen before the LDM discussion has taken place, the clinician, unaware of the LDM opinion that the lesion was not “reasonably detectable” on the initial scan, might inform the patient about their “missed” metastasis. Clearly this sort of news cannot be unheard by a patient, even when subsequently informed that a body of professionals could not reasonably see the metastasis at that point. The psychological distress caused by this perceived error could reasonably undermine a patient’s confidence in their future care. If, however, the case had been considered in full at the LDM, and the results communicated to the treating clinician, the potentially harmful DOC disclosure would not have been made. It is an unfortunate paradox that application of the DOC, which serves to protect and inform patients, has the potential to do harm as well as good.

Victoria Crowe is an ST2 radiology registrar in Cambridge.