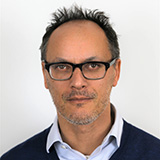 Over the last year, I’ve seen many global media stories documenting the incredible technical progress made by researchers using a method of genome editing called CRISPR-Cas9. The purpose is to change the function of a gene—usually from a variant that may cause disease to one that doesn’t. The CRISPR technique, more precise than conventional gene therapy techniques, is already starting to be used therapeutically, and under licence in research using leftover IVF embryos. It also has the potential to be used to alter the DNA of embryos before transfer to the womb, allowing parents to exclude an inherited disease in their future children. Although such “heritable genome editing” is currently illegal in many countries, were that to change, the most likely early application would be for a very few serious inherited genetic conditions, such as cystic fibrosis and Huntington’s disease.

Of course, parents are already making reproductive decisions in the context of expanded opportunities for genetic testing, including preimplantation genetic diagnosis. But, according to a major new report by the Nuffield Council on Bioethics, the ethical considerations of heritable genome editing don’t just impact on parents, but extend far more widely, relating to the interests of their children, wider society, and future generations.

One of the report’s main conclusions is that vastly improved public engagement is essential before any change in policy is made, but also as a condition through which society can express what’s in the public interest. For example, those affected by conditions most tractable to genome editing may have a differing view on its use than the general public; as might those with disabilities, with significant differences of view within these groups.

Given the uncertainly of how safe CRISPR genome editing actually is, with studies, including one this week from the Wellcome Sanger Institute, coming to wildly variable conclusions, the Council report calls for more clinical research on safety before it could be allowed. The Council argues that there is great uncertainty about what heritable editing can actually achieve. For example, we know too little about how genes interact with each other and the environment to have a clue how it could be used in multifactorial disease.

Even if heritable editing using CRISPR were safe for a few conditions with a clear genetic cause, the ethical complexity will increase when its use is considered in human enhancement. That may seem fanciful now, but would enhancements be viewed by society as legitimate if they were for personal gain (e.g. sporting or academic ability in one’s child), or broader social gain (e.g. resistance to epidemics or climate change)? And what impact could this have on groups whose conditions might be edited out? We need to ask such questions of society.

But the importance of proper public engagement extends beyond these wide and complex societal concerns. We know from past experience that well informed public debate, or the lack of it, can make or break the application of a technology. For genetically modified crops, the absence of appropriate engagement, as well as the involvement of big commercial companies, damaged public trust and resulted in a backlash. The progression of GM technology in the UK was effectively stopped in its tracks. Effective debate, on the other hand, can pave the way for progress, as it did for mitochondrial donation, the subject of another Council report. It is now is lawful in the UK. The danger for any new technology is that if perspectives are not shared and misconceptions not addressed, it risks being rejected out of hand.

So far there have been some efforts to engage the public on genome editing, with some useful insights, but it’s fair to say that in the main the “usual suspects” have responded, the engagement has been small scale or not in-depth, and the respondents have not been followed up. This is not a criticism of those who have done so, who include the Council itself, they just haven’t got that role, the resources, or in some cases the neutrality.

The report calls for a new advisory body to be established to lead public debate on genome editing and related areas of scientific and technological development, and to inform Government on policy and governance arrangements. There is a model for public engagement that has positively informed, stimulated and monitored public opinion already. Had it not been edited out of existence in a government cull of quangos in 2012, the Human Genetics Commission would have been an ideal body to do this job. As well preconception genetic testing, the HGC produced reports on genetic profiling of newborns, direct to consumer genetic tests. It also had a panel of people personally affected by genetic conditions to inform its work, as well as working groups on genetic discrimination. It’s time to bring it back.

Shaun Griffin has a PhD in DNA repair from UCL. He has worked in communications and public affairs roles for 20 years at Wellcome, UK Biobank, Human Tissue Authority and the Nuffield Council on Bioethics. He is currently at the Association of Medical Research Charities and is vice chair of a research ethics committee. The article is written in a personal capacity.

Declaration of interests: I am a former employee of the Nuffield Council on Bioethics and supported the genome editing project until I left in Jan 2018.