We were very pleased to hear the prime minister recently announce that the prevention of ill health will be one of five priorities for the NHS’s new 10-year plan. A commitment for the NHS to focus on prevention as well as cure is a fitting way to celebrate both the 70th anniversary of our health service and the 170th anniversary of the Public Health Act.

The prime minister was spot-on when she said at the NHS funding announcement that “if we want to not just cope with an ageing population, but thrive too, we will need a renewed focus on prevention.” There is strong evidence that investing in prevention yields healthier, more prosperous, and fairer communities, for example by helping to reduce the unjust 20-year gap in healthy life expectancy between the richest and poorest in the UK.

There is also a strong and steadily growing evidence base that prevention is a cost-effective way of reducing demand on NHS and social care services in the short, medium, and long-term. We need look no further than PHE’s menu of preventative interventions to see what has already proven to be effective in this regard. This menu identifies six interventions for the NHS and partners to implement across alcohol, tobacco, hypertension, contraception, and falls services that collectively has the potential to accrue £1.2 billion in net-savings to the NHS over a 5-year period.

This announcement is, therefore, a very welcome shift towards the view that the NHS has a key role to play in setting and delivering the national prevention agenda and should work more closely with the wider public health system than it is currently doing. This change in emphasis from the NHS is what FPH members, working across local government, the health service, and academia have told us is necessary to ensure that the wider public health system can continue to deliver the benefits that matter most to people and their communities, such as extra years of life and extra time spent in good health and productive work.

Since prevention is about both healthcare interventions, as well as the wider socio-economic landscape, we think that the NHS should seek to increase its positive impact on our long-term health by embedding prevention within care and treatment pathways and aligning its public health priorities with the rest of the health system. The recent report into treating tobacco dependency in the NHS from the Royal College of Physicians spells out what this could mean with regards to smoking cessation services. It’s important to emphasise that this report does not suggest that the NHS should replace or replicate smoking cessation services already provided by local authorities, but that the NHS should use its existing levers to complement on-going local work.

With FPH members working in almost every local authority public health team in England, we will be inviting our members to consider what we can do as the public health community to support the NHS in making this shift towards prevention successfully.

However, it is vital that we recognise that the NHS cannot deliver better health outcomes for the people it serves on its own. We think that a new emphasis on prevention within the NHS will need to be matched by a coordinated and integrated approach to prevention across social care and public health services based in local government. The latter is of particular concern to us because in the past public health has sometimes been absent from wider conversations about funding for the health and social care system, a stark omission in light of previous reforms to public health budgets that have seen some local authorities disinvest from critical services such as sexual health clinics.

As part of the NHS funding announcement, the prime minister has indicated that the government will set out budgets for public health during next year’s spending review. But without knowing if public health teams will be better resourced than they are now to support the NHS’s new aims and prevent people from having to use NHS services in the first place, it’s difficult to determine if this 70th birthday present will actually lead to sustained improvement in the public’s health and wellbeing.

This is why in the lead-up to next year’s spending review, FPH will be making the case for increased investment to public health budgets across the entire health system as part of our priority campaigning work on the future of public health funding. We believe that the next spending review will be a litmus test for whether or not the NHS’s new prevention aspirations will be realised and we look with anticipation towards it. 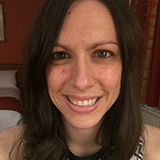 Lisa Plotkin is a policy officer at the UK Faculty of Public Health, leading FPH’s work on public health funding. Prior to her work with FPH, Lisa worked at the Women’s Institute specialising in maternity policy and prior to that she received a PhD in the History of Medicine from the University College London.