Progress on reducing maternal mortality in Uganda remains “stagnant’” despite substantial on-going international (and UK) investment. Figures from the WHO indicate a maternal mortality ratio (MMR) of 343 deaths per 100,000 live births in Uganda (WHO, 2015). Our own analysis of facility-held records suggests significantly higher levels of over 1000/100,000 (McKay and Ackers, 2014), making Uganda one of the most dangerous countries in the world to give birth in. Why are these figures so high and why is there no sign of improvement?

We have been undertaking action-research in Uganda for 10 years with an emphasis on understanding resistance to health systems change and the relationship between this and Aid efficacy. We have witnessed the persistent emphasis, in UK–Uganda interventions, on emergency obstetric care—haemorrhage, sepsis, and eclampsia—as the primary “causes” of maternal death. The logic is compelling; these are the conditions reported in maternal mortality audits. They do indeed mark the final nail in the coffin for so many women.

The Lancet series on midwifery throws a rather different light on the situation with an emphasis on the role of midwives in providing family planning, antenatal care, and delivery by skilled birth attendants. Our research on respectful care has engaged directly with women using public health facilities. Disrespect in terms of privacy and confidentiality discourages mothers from accessing care. These dimensions of quality represent something of a semantic luxury when the reality (reported by mothers) is that health workers are conspicuous by their absence. It is true that LMICs have very poor health worker-patient ratios and high levels of vacancies, but this is not the most immediate cause of maternal mortality— our research suggests that health worker absenteeism lies at the heart of the problem.

Published figures are hard to come by and would undoubtedly underestimate the level of absenteeism. However, our own research findings show that on a typical day in Ugandan public health centres, it is not unusual for no doctors to be present for work. This has led to a total breakdown in referral systems and highly congested referral hospitals where women are treated by intern doctors and students, usually with no supervision. This problem is as acute in urban and rural areas. Anecdotal evidence from Uganda tells us that senior managers are acutely aware of the problem and openly share their experiences. They estimate that, on an average day, they expect a generic health worker absenteeism rate of about 60% – 85%.

Health worker absenteeism is a complex problem reflecting poor levels of pay and a lack of accountability. All health workers are poorly paid in Uganda, but the poorest paid (nurses and midwives) turn up with far greater regularity than doctors who avoid their public duties with impunity.

The failure of doctors to present for work reduces the efficacy of UKAid. UK doctors deployed through Knowledge for Change are required to work in co-present relationships with Ugandan peers to avoid contributing to absenteeism. British doctors are unable to engage clinically if Ugandan doctors are absent. Most Health Centre IV facilities in Uganda do not have functional operating theatres providing emergency obstetric care, not because the theatres do not exist or do not have the requisite equipment or consumables. They fail to function primarily because the doctors employed to work there do not come to work. Almost no elective surgery takes place and emergency referrals are routine involving huge delays.

The crisis in maternal health in Uganda, as in many other LMICs, is fundamentally a human resource management crisis. So, why can’t we see the wood for the trees? The domination of global health agendas by the medical profession is a major factor. Doctors are nurtured and embedded in a medicalised culture that significantly restricts their ability to “see” and really comprehend systems failures. They are, necessarily, trained to hone in on clinical causes.

Our research suggests that doctors not presenting themselves for work is one of the causes of maternal mortality in Uganda. UKAid interventions should focus on providing support with and enforcement of effective human resource management and accountability systems as a non-negotiable conditionality principle. This can only be achieved through more genuinely democratic, multi-professional, and multi-disciplinary team-working. 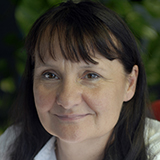 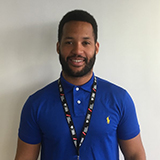 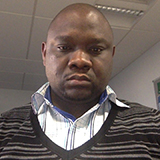 The authors are based in the Knowledge, Health and Place Research Group at Salford University and are Trustees of Knowledge For Change. Robert Ssekitoleko holds a research fellowship at Makerere University. Twitter: @K4C_Uganda