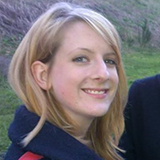 After 5,500 votes, 23% of BMJ readers have stated that the “greatest achievement” of the NHS is that it is “based on need.” This concept is a historic one, embedded in the very inception of the NHS, which replaced an ad hoc system of local and voluntary health providers, access to which was determined by ability to pay, area of residence, and workplace insurance systems.

In this context, the NHS had to be explained to—or “learnt by”—the British public. In 1948, a Central Office of Information leaflet stated that:

“It will provide you with all medical, dental, and nursing care. Everyone—rich or poor, man, woman or child—can use it or any part of it.”

Continuing, the leaflet stated that the service was “not a ‘charity'” but, rather, funded by taxation. The “family doctor”—or general practitioner—would be “paid by the Government, out of funds provided by everybody.”

The key concerns in this short leaflet thus echoed the three most popular options in the BMJ poll.  Both emphasised the significance of the NHS as “based on need” and “non-commercialised,” and paid tribute to the role of general practice.

These three options were all key facets ingrained in the very structure of the early NHS. By contrast, the fourth- and fifth- most popular choices in the BMJ poll—vaccination and anaesthesia—were achievements of modern medicine. Notably, however, the NHS became the “central instrument” for their distribution and use.

While a key ideal from 1948, the ability of the NHS to distribute resources based on need alone soon came under attack. In 1952, charges were introduced for prescriptions, glasses, and dental services. Aneurin Bevan—the Minister of Health who introduced the NHS—resigned accordingly. Contemporary Cabinet notes recorded his objections as that this move was: “politically dangerous,” financially unnecessary and, importantly, against the very “principle” of a free health service.

Since, and particularly from the 1970s and 1980s, campaigners, researchers, and NHS staff have highlighted and challenged threats to the NHS as based on need. The Black Report, published in 1980, argued that economic inequalities continued to cause significant health inequalities, even with a health service free at the point of use.

Second-wave feminist and health campaigners have likewise drawn attention to gender disparities in the NHS. In the 1980s, the activist group London Health Emergency criticised cuts made to cervical screening, family planning clinics, and abortion facilities, and argued that women would bear the brunt of shifts towards “community care.” These groups questioned why women’s services—and needs—were persistently at the forefront of NHS cuts and closures.

Campaign groups used the concept of “needs” as a mobilising tool, as well as to enact critique. London Health Emergency and indeed the Community Health Councils, which ran from 1974 until 2003, asked members of the public to document and record local health needs, and used this information to lobby for change.

From the 1990s, pharmaceutical companies, charities, and interest groups argued that “lifestyle drugs”—notably Viagra—should be provided free by the Service. These arguments became increasingly terse amidst political and public visions of NHS scarcity and crisis. Nonetheless, they also represented an important argument: that the NHS should be a National Health Service, and that “medical needs” were fulfilled by improving quality of life, as well as by treating life-threatening illnesses.

These debates, ongoing since the 1940s, raised a series of crucial questions. In a system that is free at the point of use, but governed by limited expenditure, whose needs have been prioritised? How are hierarchies of needs constructed within NHS policy, and how do they reflect broader systems of inequality and power? These key and historic questions continue to be central in the NHS’s 70th Anniversary year. In this year, furthermore, attention has also turned to what the NHS itself needs to survive for another 70 years and beyond.

Jennifer Crane, Centre for the History of Medicine, University of Warwick

Competing interests: I work on a project called the Cultural History of the NHS, which is funded by the Wellcome Trust [grant number 104837/Z/14/Z].