The National Institute for Health Research (NIHR) is highlighting seven research legends whose work has shaped the NHS, as part of its celebrations for the NHS’s 70th birthday and the NIHR’s I Am Research campaign. This entry pays tribute to Jean Golding, whose pioneering spirit has shown us where thinking big can lead 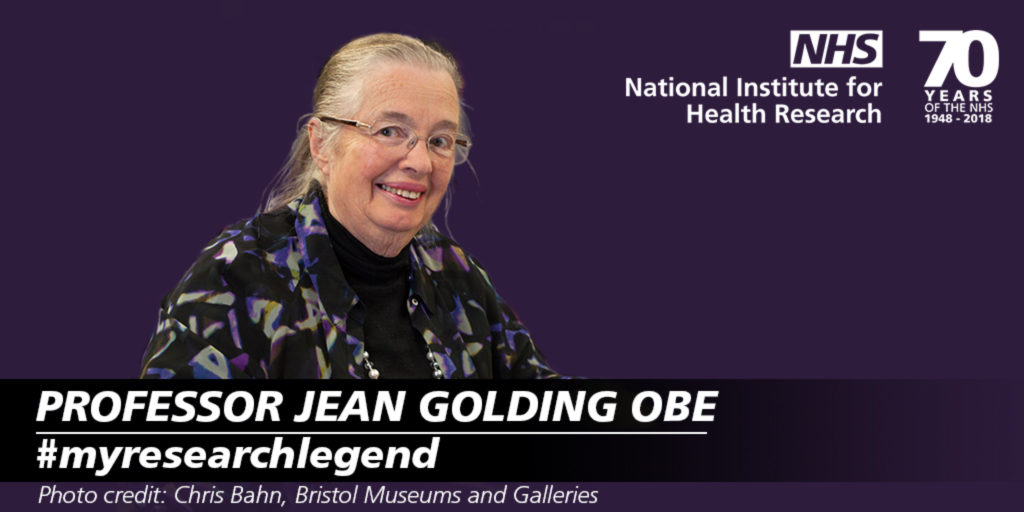 Sometime in 1989—when people still read paper journals—I clearly had nothing better to do than browse the “News and Notes” section of the Lancet, where I read that:

“[The Avon] Longitudinal Study of Pregnancy and Childhood (ALSPAC) is being planned by the University of Bristol . . . to determine which biological, environmental, social, genetic, psychological, and psychosocial factors are associated with the survival and health of the fetus, infant and child. The cohort will consist of all births in the three Avon health districts over a 12-month period, and women and their partners will be recruited to the study as soon as possible after confirmation of pregnancy.”

This struck me as an outrageously ambitious project, which I doubted could come to fruition. I wasn’t, though, aware then of the extraordinary foresight and energy of Jean Golding, who led ALSPAC, which is known by the participants as Children of the 90s.

Jean’s work leading up to ALSPAC

By 1989 Jean had already completed work that would justify designation as a research legend. Having gone into mathematics because the polio she had previously contracted made laboratory science impracticable, she had chanced upon medical statistics and epidemiology, working on analysing data from the 1958 (and then 1970) national birth cohorts and the pioneering Oxford Record Linkage study. Jean’s work questioned naïve analyses suggesting that home births were safer than hospital deliveries, or that marriage would lead to more favourable birth outcomes.

Her aptitude for study design was shown in major contributions to many international enterprises, with the Jamaican Birth Survey being just one that made a substantial contribution to health service planning and delivery. The pictorial cards that came from this study for alerting pregnant women to early signs of
pre-eclampsia—and the need to seek treatment when they occurred—reflect Jean’s innovative approach, and also her ability to recruit others to a task at hand: the cards were designed by her daughter.

The impact of ALSPAC

Important as Jean’s broader work has been, it is impossible to overlook ALSPAC as an extraordinary achievement. ALSPAC—announced in both the Lancet and The BMJ in 1989—has achieved even more than its public heralding suggested it would. Approaching 30 years on, the offspring of the original cohort—the grandchildren of the originally targeted parents—are being recruited in large numbers. It now comprises a truly internationally unique cohort of three generations, with data spanning almost every conceivable phenotype and—in line with original plans, conceived with Jean’s long term collaborator Marcus Pembrey—detailed genotyping and epigenotyping.

The myriad findings from ALSPAC defy summary, so I will just mention a few that Jean discussed in a paper reflecting on the history of ALSPAC. Jean’s work has highlighted the contribution of the home physical environment, in particular domestic air pollution, to asthma. However, it has also shown that it is possible for children to be too clean when it comes to the risk of developing eczema. Maternal anxiety during pregnancy and use of paracetamol were seen to relate to asthma risk. Eating fish during pregnancy—decried in some quarters due to possible contamination by mercury and other chemicals in seafood—was related to better, not worse, cognitive function in offspring, and improved visual acuity too.

Some generally accepted assumptions also needed re-evaluation: Jean showed that levels of depression and anxiety among mothers were in general higher during pregnancy than in the postnatal period. The dads were not forgotten either: postnatal depression among fathers was associated with adverse consequences for the behaviour of children.

A resource for all researchers

The scientific findings aside, the truly extraordinary aspect of ALSPAC has been the very widespread use the data have had in the international scientific community. Despite her prodigious range of interests and energy, even Jean can’t herself be involved in all of the investigations, and as such is only an author on a relatively small percentage of more than 1750 scientific papers that have come from ALSPAC to date.

Jean’s contribution to improving maternity and postnatal care, and paediatric health, is both through the research she directly carried out and that which she enabled by establishing a study that can be used by so many other researchers. As such her impact cannot be underestimated, both within the NHS and internationally.

The ALSPAC biobank—the word did not exist at the time ALSPAC started—now contains well over a million samples taken from the mothers, their partners, the children, and the children of the children over a period of over 27 years, and these are widely used by the research community.

A truly pioneering aspect of the study is that it is an openly accessible resource for worldwide biomedical and social science. The data sharing that Jean and ALSPAC pioneered, and the development of the governance arrangements required for this, are having a truly transformative influence on how science is conducted globally.

Jean’s work in establishing ALSPAC, making it a platform on which others could propose data collection, and making data available, has influenced my and many others’ research endeavours. And today we have NIHR supporting other cohort projects, like the Birthplace in England national prospective cohort study and—on the biobanking front—the NIHR BioResource. Jean’s pioneering spirit has shown us where thinking big can lead. 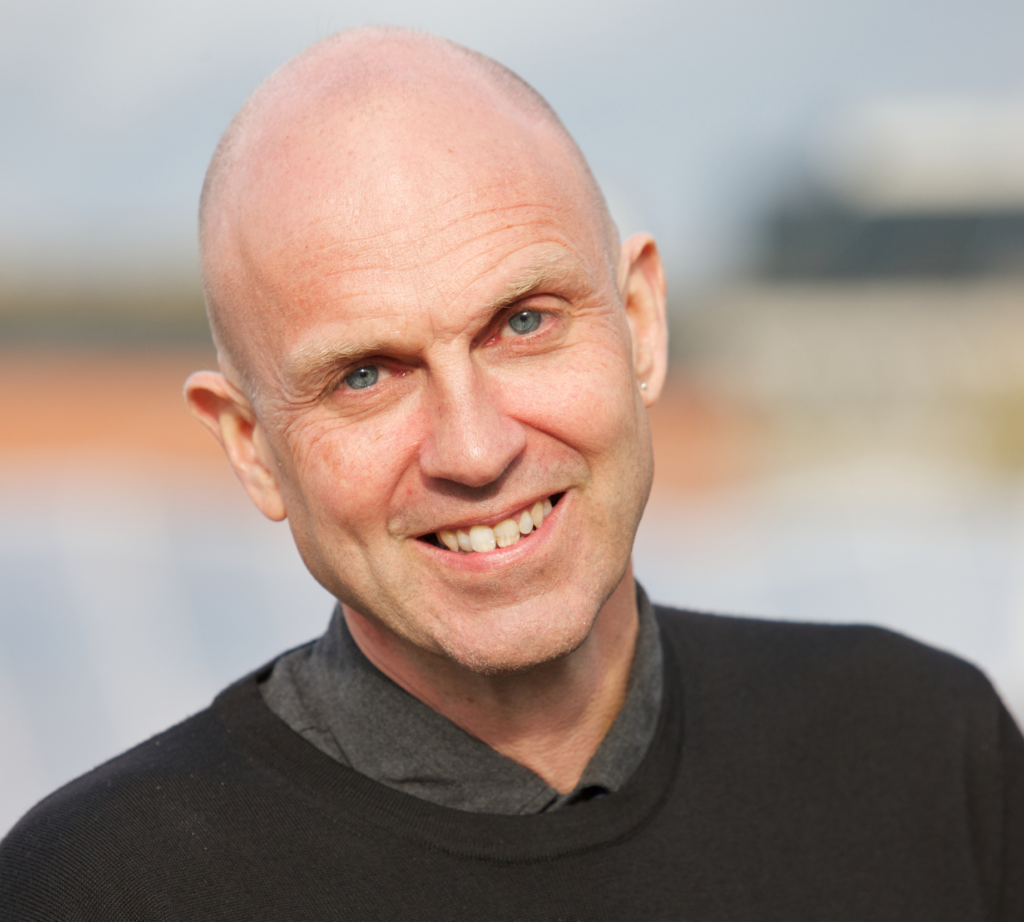 George Davey Smith is director of the MRC Integrative Epidemiology Unit at the University of Bristol, a scientific director of the NIHR Bristol Biomedical Research Centre, and was principal investigator of ALSPAC from 2005 to 2017. He has largely worked on inequalities in health, systematic reviews, and Mendelian randomization.

Competing interests: I succeeded Jean as principal investigator of ALSPAC from 2005 to 2017

The views and opinions expressed in this article are those of the author and do not necessarily reflect those of the NIHR, NHS, or the Department of Health and Social Care.