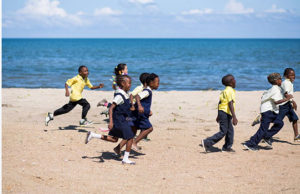 In 1990, a student photographer called Therese Frare took one of the most iconic images of the HIV/AIDS epidemic. David Kirby’s sunken cheeks and fearful stare as he lay on his deathbed surrounded by his grief-stricken family told the story of the early years of the global epidemic, before antiretrovirals were available to those that needed them.

Throughout history, there are images that so completely represent the enormity of a moment in time that they’re etched into public consciousness forever. They win hearts and change minds. They accelerate ideas and inspire people to take action. The global struggle for access to HIV medicines was sparked by these early catalytic moments and provides a blueprint for how we tackle the global pendulum swing toward chronic diseases.

From Dallas to Durban, millions of people took action and stood up for the collective human right that everyone, everywhere, should be able to access the quality health services they need. Grassroots campaigners along with generic manufacturers dramatically cut the cost of the three-drug combination that suppressed HIV. The price collapsed from an unaffordable $10,000 a year then to around $100 today and more than 17 million people are now on HIV treatment because of it.

There’s still a long way to go in the global effort to stop AIDS, but reframing the epidemic as a human rights issue was a game changer. The paradox of the modern world is that while we’ve collectively made progress in tackling many infectious diseases, a new set of killer diseases have exploded across the world.

For the first time in modern history, non-communicable diseases, such as cancer, diabetes, lung and heart disease have overtaken infectious diseases as the leading killers worldwide. Every year, they claim the lives of 40 million people and affect billions of people worldwide. Of those deaths, 15 million people die between the ages of 30 and 70, from diseases that could have been prevented or delayed.

Availability and access to lifesaving treatment, care, and support for people living with NCDs is still out of reach for millions of people around the world, particularly in low- and middle-income countries and for the world’s poorest and most vulnerable populations. This is despite global targets to ensure 80 per cent availability of essential medicines and technologies for NCDs by 2025, and a specific treatment target for cardiovascular diseases and diabetes.

Of particular concern is the insufficient access to controlled essential medicines such as morphine for pain relief and palliative care. In developing countries the vast majority of cancer patients are diagnosed so late that the only treatment option is palliative, yet some 80 per cent of the world’s population lacks adequate access to these pain relief. A loved one experiencing late stage cancer is always distressing, but imagine them going through that process without drugs like morphine. For too many, this is not a matter of imagination but of reality.

We are at a tipping point. Diseases that in the global north have been a research priority, and benefit from a range of treatment and specialised screening are now endemic in the resource poor global south. The NCD epidemic is a human rights emergency, bringing all stakeholders along with civil society is the best opportunity we have to turn the tide and deliver on the promise of health for all.

The challenges are huge, and in the long term we won’t be able to treat our way out of the NCD epidemic. What is required is a reconfiguring of health systems to reflect the changing burden of disease alongside laser-focused campaigns, which target the true source of the problem.

Economic growth, globalisation, and urbanisation have widened the entry point for the globalised marketing of health-harming products and increased exposure to leading risk factors. Many of the risk factors for these diseases—tobacco use, harmful use of alcohol, unhealthy diets, and physical inactivity—lie in non-health sectors.

Like with the response to the HIV epidemic in the early days, not enough progress has been made in tackling NCDs. The NCD epidemic is a human rights emergency—bringing all stakeholders along with civil society can help us turn the tide and deliver on the promise of health for all.

This year there is a golden opportunity to invigorate the response to the NCD crisis. Recognizing the opportunity, the World Health Organization has brought together heads of government, academics and civil society to generate bold new ideas that can accelerate global action. Recommendations will be published in the next few weeks and will kickstart a global process that will culminate on 27 September at the United Nations General Assembly when a high-level meeting will be held on NCDs. Prime ministers and Presidents have the opportunity to both turn the tide on diseases that needlessly kill the most vulnerable and avoid 15 million of premature deaths each year.

By learning from the successes of the AIDS epidemic, this is our opportunity to learn from history and deliver justice to those needlessly suffering. We have the blueprint, now it’s time to act. 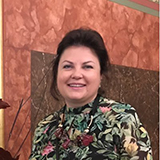 Svetlana Axelrod is the assistant director-general for NCDs and mental health, WHO and co-chair of the WHO Civil Society Working Group on the Third United Nations High-Level Meeting on NCDs. The WHO annual World Health Assembly meets this week in Geneva. 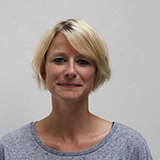 Katie Dain is the CEO of the NCD Alliance, a commissioner on the WHO Independent High-Level Commission on NCDs, and co-chair of the WHO Civil Society Working Group on the Third United Nations High-Level Meeting on NCDs.