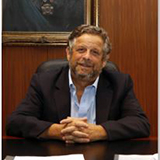 Argentina, an upper middle income country, has a developed healthcare system. Compared with other countries in Latin America, its healthcare system performs well. Health outcomes lag behind the country’s potential, however, considering it is one of the leaders in the region in terms of  health spending per capita, which is 10 % of its gross domestic product. [1]

Although all the inhabitants of Argentina are entitled to receive healthcare, free of charge, in public facilities, UHC is nominal and implicit rather than actual and explicit, which does not necessarily translate into effective or quality care. In reality, two thirds of Argentina’s population of 45 million also have social health or private insurance. This leaves another third (an estimated 16.5 million people) with no explicit coverage. Therefore, the public sector, funded by taxes, serves also as a sort of reinsurance for the whole population.

Many of the shortcomings of Argentina’s healthcare system come from its segmented and highly fragmented system. The social health insurance sector, which is dominant in Argentina, is composed of around 300 different funds (“obras sociales”). These vary in scope and size, and are mostly managed by trade unions, white collar personnel, and civil servants at a federal level and in the provinces. Five million older people are covered by a social health insurance fund for retired workers. Overall, social security provides healthcare coverage to 60% of the population. The private sector covers approximately 6 million people, of which 4 million come from obras sociales, contracting private supplementary plans to about 200 prepaid plans. [1] In order to harmonise coverage among funds, there is a mandatory health benefit plan which is guaranteed for all beneficiaries of social or private insurances, and a reimbursement fund for costly healthcare technologies. However, healthcare coverage in Argentina is unequal:  more than 60% of the poorer 20% of the population have no insurance compared with less than 10% in the wealthier 20% of the population. [4]

We are now working on a strategy to advance the integration of healthcare coverage among subsectors. This reform faces many challenges to achieve effective UHC and accomplish the outcome improvements that the UHC goals set out to achieve. [5] We are focusing on four key issues as we approach this process.

Firstly, we are setting up provincial public insurance schemes by creating subsidised plans for the uninsured at a provincial level. We are relying on one of the a national programmes that offers a good platform from which to launch this strategy.  The SUMAR Program, sponsored by the World Bank, has made huge progress in advancing the UHC strategy in the public sector, by strengthening the public insurance schemes in a traditional supply driven public healthcare sector.

Secondly, we are creating a transparent process for setting priorities for a health benefit plan between the national level and the provinces. These priorities will be based on clinical effectiveness, cost effectiveness, feasibility, budget impact, opportunity, and social preferences. The package should eventually converge towards the health benefit plan of the social security. In this regard, the imminent launch of a federal agency for health technology assessment will help set objectives and transparent and explicit criteria to define the health benefit plan across the different health sectors.

Thirdly, we aim to reduce disparities in effective coverage. Health disparities are, in part, a consequence of the fragmentation of resource pools and poor redistribution mechanisms. For example, the national average infant mortality rate is 9.7 per 1000 of the population. But there is a two fold difference between poor and rich provinces. [6] The maternal mortality rate has a national average of 3.4 per 10 000 of the population, and an eight fold difference between poor and rich provinces. Once we have reached a consensus on which conditions should be included as priority health problems, clinical care pathways with indicators and quality targets will be set across all sectors.

Finally, we are building a primary care oriented healthcare system. Argentina has a hospital centered model which is poorly focused on primary care. There is strong evidence to support the positive effects of primary healthcare on improving health quality and outcomes. [7] Our plan, inspired in Brazil’s family health strategy is based on identifying the population served in each primary care catchment area and assigning a defined population to core family health teams. [8] The process will be leveraged through specific financial and non-financial incentives for population empanelment, achieving quality targets, and enforcing adequate referrals through local and regional integrated networks of healthcare.

Although Argentina has achieved nominal UHC it still needs to work on achieving effective UHC. This milestone is one of the current government’s national priorities. Our ultimate goal is to provide actual rather than aspirational UHC, improving not only health outcomes, but also its distribution among different groups, thereby ensuring better quality healthcare and equity for every Argentinian.

Adolfo Rubinstein is the minister of health of Argentina. He is a family doctor, professor of public health and professor of family medicine at the school of medicine of the University of Buenos Aires.  His research was focused on NCD epidemiology and prevention, implementation science, health services and policy research, and economic evaluations of interventions of NCD prevention policies.