As countries around the world take progressive steps towards providing legal access to medical cannabis, the UK must not let the opportunity for reform pass us by 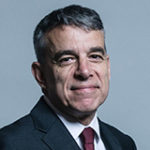 Regardless of what you may have heard, politicians rely on the experts.

The evidence we hear from specialists informs and empowers us to make our case in parliament by persuading colleagues and holding the government to account.

The campaign for legal access to medical cannabis is no different. Stripping away the myths and the stigma associated with cannabis demands rigorous evidence from experts who work in the field every single day.

Changing the perception of cannabis from a recreational drug to a medicine, and its users from criminals to patients, is a key challenge we face as MPs. The evidence built by patients’ groups, pharmaceutical companies, and others will be crucial in challenging the government’s mantra that cannabis has “no medical benefit.”

The Cannabis Europa conference is bringing together the world’s expertise and experience in the heart of London on 22 May. It will put that evidence front and centre and give parliamentarians like myself and Crispin Blunt MP, my co-chair on the All-Party Parliamentary Group for Drug Policy Reform, the tools we need to press ahead.

For too long, there has not been the parliamentary interest to drive this issue forward. Cannabis has struggled to make it to the top of MPs’ priority lists and the fear of media backlash has kept many would-be advocates silent.

However, I believe that is changing and that’s why this conference is so important.

Over the last two months, the UK has been moved by the plight of Alfie Dingley and his family.

Alfie Dingley, is a 6-year-old boy who suffers regular, life-threatening seizures. The fact that he cannot access a medicine that he knows works has shocked many here in parliament.

MPs from all parties were touched by his distress, culminating in 106 of us writing to the prime minister last month demanding action. We urged the government to listen to the outrage outside parliament and find a way through the bureaucratic impediments to get Alfie the treatment he needs.

Alfie’s family have made significant progress in making the government hear their case, and we are waiting in hope and anticipation for the Home Office to finally do the right thing and grant Alfie a license.

In a broader sense, Alfie’s case has brought to light the humanitarian cost of UK policy on medical cannabis. For those with little or no connection to wider drug policy debates, Alfie’s case has transformed medical cannabis from a peripheral issue concerning a marginalised group of activists, to a mainstream issue faced by families across the country. MPs from all political persuasions are now discussing this issue in a way I have never heard before. As the campaign continues in the UK, the world moves around us.  An ever-increasing number of countries, 14 at least count, and 30 US States have responded to cases just like Alfie’s by permitting the use of cannabis-based medicines for patients suffering with epilepsy, multiple sclerosis, and other conditions that have proved resistant to other medicines.

Argentina, Denmark, Israel and countless others have made the move. Even Utah, home to the Headquarters of the Mormon Church and led by ultra-conservative senator Orrin Hatch, has allowed terminally ill patients to access medical cannabis and will vote on a ballot initiative on wider reforms later this year.

Month after month, global momentum behind this issue grows. Paired with a growing grassroots movement for change at home, the UK finds itself at a crossroads. I’m looking forward to listening and learning at Cannabis Europa to make sure we take the right path.

Jeff Smith is the Labour MP for Manchester Withington and the co-chair of the All-Party Parliamentary Group on Drug Policy Reform, a cross-party group advocating for evidence-based drug policy

Competing interest: JS has his expenses paid to visit Seattle, USA, in April 2018, on a trip to understand and explore the regulatory, licensing and economic issues around medicinal and recreational cannabis legalisation in Seattle, Washington State, and Canada.