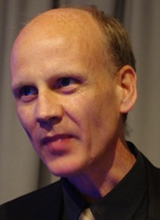 Atrial fibrillation accounts for a great proportion of strokes in older people, and as populations age its importance increases. Stroke prevention with anticoagulants has long been known to be highly effective and new drugs are also available. Historically many patients with atrial fibrillation were not treated.

For several years we have investigated the management of atrial fibrillation, analysing a large database of UK electronic primary care records. Such databases are an unparalleled resource for understanding how the health service delivers care. We found confusion in understanding the importance of contraindications to anticoagulants and that stroke prevention generally seemed to be better in patients who are on chronic disease registers and therefore followed up regularly. [1,2,3,4]

A big question for the health service is whether we should focus efforts on finding more people with undiagnosed atrial fibrillation or on treating more of those with a diagnosis. It was thinking about this that led us to another quite different question.

Without databases of electronic patient records it is impossible to know what is really happening to patients. Our analysis did not rely on any innovative methods and we have to acknowledge constructive input from reviewers. But in the end we also asked the right question.

Tom Marshall is professor of public health and primary care at the University of Birmingham.

Competing interests: Read the full statement on the research paper.

1. Mohammed MA, Marshall T, Nirantharakumar K, Stevens A, Fitzmaurice D. Patterns of warfarin use in subgroups of patients with atrial fibrillation: a cross-sectional analysis of 430 general practices in the United Kingdom PLoS One. 2013 May 2;8(5):e61979. doi: 10.1371/journal.pone