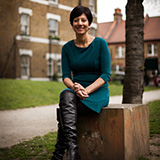 Recently, a survivor of domestic abuse contacted Women’s Aid in floods of tears. She desperately needed a letter of medical evidence to prove that she had been a victim of domestic abuse so that she could access legal aid, but she could not afford the £60 fee her GP was demanding. For this survivor, a letter from her GP was the difference between either accessing a Domestic Violence Protection Order that would help keep her and her young child safe, or being left without any form of protection and in fear of what her abuser would do next.

We have long been calling for GPs to stop charging survivors for a letter to confirm that they have experienced domestic abuse. Survivors have told us that some GPs are charging staggeringly high and unfair fees for a letter, in some cases extortionate amounts of up to £175, and that this is putting an additional barrier in the way of survivors accessing justice and safe housing, as well as the help and support they need to build a life free from abuse.

From our work with survivors, we know that for some women they will never build up the confidence to report the abuse to the police—whether it is due to the fear of not being believed by the police or the terror of what their abuser will do to them if they report the abuse. That’s why it is important for survivors to be able to obtain medical evidence of domestic abuse as often healthcare staff might be the only professional that they have the opportunity to open up to. But the fees that GPs are charging are simply too high for survivors who are extremely vulnerable and who may not have access to their own money as a result of experiencing financial abuse or may not have this kind of money in the first place.

What may seem like just a piece of paper can often be the difference between survivors accessing a safe and secure home, or being faced with the awful reality of either becoming homeless, or being forced to return to the perpetrator.

Survivors of domestic abuse are often required to provide evidence that they have experienced domestic abuse to help them rebuild their life free from abuse. Evidence is often essential for survivors to be able to access legal aid so they can secure protection orders to keep them safe from further abuse; make a homeless application so that their local council will help find them accommodation; or even substantiate that there are safeguarding concerns during child contact cases in the family courts that will help protect their children. Survivors being able to secure medical evidence of domestic abuse can be a matter of a survivor and her children escaping the abuse or not; in short, it can transform lives.

Survivors may not always present symptoms of physical violence when they visit a surgery, but may be seeking help for mental health issues such as anxiety, depression, and suicidal thoughts or may mention their concerns at home. This is an opportunity for healthcare workers to provide support to survivors so they can get the help they need early on before the abuse escalates further. That’s why we have pioneered our Change that Lasts project which aims to ensure that no matter who a survivor speaks to she will be listened to, believed, and given the right response the first time she reaches out. As part of the project, we are working with healthcare professionals to help them identify and understand domestic abuse and feel confident enough to offer support and a helpful response to survivors.

By banning the practice of GPs charging survivors for letters of medical evidence, the healthcare sector could send out an important message to survivors of domestic abuse that medical professionals understand domestic abuse and are committed to supporting them to build a life free from abuse. We also urge the NHS to provide compulsory training co-delivered by specialists like Women’s Aid on how to identify and understand domestic abuse, including coercive control, for all healthcare workers and GPs. Together, we can create a world where women and their children can live free from fear, free from abuse.

Katie Ghose, a barrister and campaigner, is chief executive of Women’s Aid, the UK’s leading domestic abuse charity which campaigns to end domestic violence against women and their children.