After a spate of violent crime, the UK Home Office released its Serious Violence Strategy on 9 April. Amber Rudd, former home secretary, said, perhaps inevitably, that the government’s response  “must tackle the misuse of drugs” as a priority, with more expected from the police.

But only four years ago the same department released a report which found no correlation between the harshness of a country’s law and the extent of non-medical use of drugs such as cannabis, cocaine, and heroin—acknowledging that drug laws have no real impact on drug use.

In fact, prohibition itself causes disharmony and violence, as the new strategy recognises: “Grievances in illicit drug markets cannot be settled through legal channels, so participants may settle them violently.”

This is the view of Law Enforcement Action Partnership UK (LEAP UK), an organisation made up of retired and serving law enforcement officers including undercover drug officers, chief constables, intelligence agents, and members of the military. LEAP UK works with communities harmed by drug laws, including bereaved family members and the organisation Anyone’s Child, to promote harm reduction. We also engage with politicians.

The former home secretary has prioritised tackling “county lines,” where gangs recruit children to distribute drugs to provincial towns. Neil Woods, LEAP UK chairperson and author of Good Cop, Bad War, tackled this practice for many years as an undercover police officer. He estimates that for the 1000 years of cumulative prison time, with each operation taking around six months to complete, the flow of drugs in any city was interrupted for only around two hours, and it’s often the most vulnerable who were affected and not those at the head of the supply chain. Woods and many colleagues now call for the control and regulation of drugs to take this $320bn global industry out of the hands of organised crime.

The Misuse of Drugs Act from 1971 makes all drug possession and supply a crime, but the deterrent doesn’t work and drugs are more readily available than ever. Scotland now has the highest rate of drug related deaths in the EU, with 867 people dying in 2016—more than twice as many as a decade ago. The government’s Advisory Council on the Misuse of Drugs reports that 2677 people died from opioid overdose in 2015 in the UK. Without the threat of criminal repercussions more people with drug problems could get help.

The “war on drugs” is expensive: each UK taxpayer spends an estimated £400 a year on drug policy, with the annual cost of class A drug use in England and Wales estimated at over £15bn and in Scotland around £3.5bn.

Some police forces take different approaches to drug enforcement within the law. The police and crime commissioner (PCC) of Durham, Ron Hogg, who gave a speech in support of LEAP UK at its launch in 2016, has successfully maintained a policy of not arresting people for drug possession and low level dealing. This approach helped Durham to be recognised as the top performing police force in the country for three years running, receiving the grade of “outstanding” from Her Majesty’s Inspectorate of Constabulary.

Durham’s approach is to advocate for education and intervention, to develop responses to reduce the harms associated with drugs, and to promote drug treatment and recovery programmes as well as to support alternatives to criminalisation, which mostly impact vulnerable groups. Arfon Jones, a member of LEAP UK and PCC of North Wales, has also received public support for the reprioritisation of resources away from arrests for drug possession to a focus on supportive services, such as drug testing facilities at nightclubs and festivals. Despite PCCs having different priorities, the Home Office has consistently called for the full application of current law.

International examples show that heroin assisted treatment (HAT) for drug users resistant to other treatments costs around a third of housing someone in a UK prison for a year, often with less acquisitive crime.

Switzerland has seen burglary rates halve since HAT began. Proponents of prohibition argue that deviation from  criminal sanctions may lead to increased consumption, but international examples suggest otherwise. In Portugal, for example, drug supply is still illegal, but in 2001 criminal sanctions were removed for non-violent possession of small amounts of drugs. There has been no increase in consumption, but a huge drop in overdose deaths. Arrests and criminal court appearances fell from 14 000 people in 2000 to 5500-6000 a year after reform.

LEAP UK is careful about  terminology: we are not only calling for legalisation, but also for control and regulation. We need a range of legal, regulatory models for all drugs that focus on quality control, child protection, and taxation to fund education and treatment services.

Existing legal markets, such as tobacco and alcohol, show the need for restrictions on marketing and for sensible distribution models, such as those seen in Canada’s emerging legal cannabis industry. A regulated market can provide lower risk cannabis strains, which the organised crime groups who control the UK cannabis trade are not concerned about. The UK now has the ironic accolade of being the largest exporter of legal cannabis and yet hypocritically still criminalises responsible adult consumers and medical users, leading to a violent blackmarket.

The government’s “new” strategy is already outdated. To reduce the violence from illegal trade we should replace our enforcement led approach with regulation, taxation, support, and education in a  health based strategy. Until Westminster sees how much the public support drug policy reform we are unlikely to see any differences in rates of street crime. When so many law enforcement voices are calling for drug law reform, we have to ask why legislators are not listening. 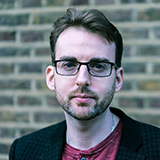 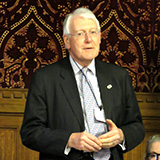