Staff from black and minority ethnic backgrounds have been essential to the NHS throughout its history, yet there’s still much to be done to ensure they’re treated equally 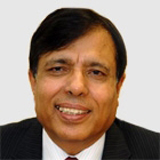 On the 25th anniversary of Stephen Lawrence’s death, racism and discrimination are still rife in the UK, including in the NHS. For too many, the mindset has not changed much since the time of Stephen’s death. We still witness many cases of overt and institutional racism—the case of Hadiza Bawa Garba, the nonsensical move to try to deport GP trainee Luke Ong, and the Windrush saga are all glaring examples. You cannot help but think that the improvements we so wanted to see were only skin deep. The “hostile environment” in the UK, which prime minister Theresa May has rightly been castigated for, has become the norm.

In 1997 Jack Straw, the then Labour home secretary, asked Sir William Macpherson to lead an inquiry into how public institutions could address the needs of an ethnically diverse society and judge how well they were doing. The inquiry concluded that institutional racism was rife in the police service and in all probability in other public institutions.

The Macpherson report demonstrated how deeply racial discrimination had become embedded in the culture of public services. Stephen Lawrence’s tragic story led to great national introspection about the persistence of deep rooted racism and discrimination in the UK—and the NHS was not exempt. By all accounts, institutional racism is still a major problem in the health service. Surveys show that significant numbers of NHS staff from black or ethnic minority backgrounds still experience more discrimination and bullying in the workplace than their white colleagues.

It’s worth observing that the NHS has a poor track record in tackling other forms of discrimination too. Disabled staff and LGBT staff experience higher levels of bullying, and women are still seriously under-represented in senior posts.

Yet it’s been previously found that doctors from a black and minority ethnic (BME) background are more likely to be involved in disciplinary procedures; they are three times more likely to be charged with serious professional misconduct by the General Medical Council. And BME doctors are still more likely to fail the MRCGP final exam than white doctors, despite this being identified as an issue for many years. It would be hard to argue that this marked difference in failure rates is a matter of chance, diligence, or intelligence.

Well over 200 000 staff in the NHS (around a third of doctors and a fifth of nurses and midwives) are from BME backgrounds, and the NHS is the largest employer of BME staff in the UK. These staff have been essential to the functioning of the NHS since its inception. Even now, with Brexit looming and increasingly difficult working conditions, the Department of Health and Social Care is recruiting all grades and specialties of doctors and nurses from outside of the EU. But how do we treat BME staff already working in the NHS?

The snowy white peaks of the NHS, a study by Roger Kline, examined BME progression in the health service in London and exposed the lack of representation of BME staff in the upper echelons of the NHS. This was reflected nationally across other NHS bodies.

Don Berwick rightly said that at its core, “the NHS remains a world leading example of commitment to health and healthcare as a human right—the endeavour of a whole society to ensure that all people in their time of need are supported, cared for, and healed.”

The NHS demonstrates, more clearly than anything else, the positive contribution that staff—from all nationalities and all backgrounds—make to the national good.

Without staff from other countries, the health service would come to a standstill. BME staff have been essential to the NHS throughout its history, yet there’s still much to be done in terms of fairness and equality. As we remember Stephen Lawrence on the 25th anniversary of his death, we need to pledge that all arms of the NHS, and other medical bodies, take a hard look in the mirror and reflect on how transparency, fairness, and equality should frame the NHS.

Kailash Chand has been a GP for the past 30 years. He is the honorary vice president of the BMA (writing in a personal capacity) and former deputy chair of the BMA council. He was awarded an OBE in 2010 for services to the NHS. The views he expresses in this article are entirely his own.