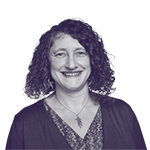 At a couple of recent meetings I’ve attended, doctors have been berated for their ongoing failure to think of patients as customers; for the continued paternalism of the profession; and for its general failure to adapt to modern-day expectations.

One doctor responded by asking what value should be attributed to professional expertise and judgement when it is pitted against customer expectations?

The new NICE guidance on prescribing (or not prescribing) antibiotics for sore throats and the growing problem of antibiotic resistance throw this question into sharp relief.

In the last few months, I have had to refer two people with urine infections into hospital for intravenous antibiotics because all oral antibiotics had failed. I have not previously had to do this in 20 years as a GP so the consequences of increasing antibiotic resistance are feeling more and more tangible.

When it comes to sore throats, research suggests that if GPs make a clinical judgement (using explicit clinical criteria) on whether a patient with a sore throat needs antibiotics, they are right about 80% of the time. So one in five people who might benefit from antibiotics will be denied a prescription. While most untreated minor bacterial throat infections will go away in around a week, the risk of complications (such as tonsillar abscess) is lower, but not completely removed, if antibiotics are prescribed.

So when a patient with a sore throat says they want antibiotics, I cannot say unequivocally that they do not need them. Only that, in my professional judgement, they are unlikely to benefit from them. Some patients are relieved to hear this. Others are up in arms that I am not giving them what they want.

Treatment plans can be negotiated in many ways: as customer-supplier encounters; peer-to-peer co-decisions, or paternalistic dictats. “Negotiation” may involve a couple of minutes of reasoned conversation, or a longer exploration of doctor and patient priorities linked to a hunt for common ground and a way to reconcile both views. It can also involve heated and emotionally draining interchanges.

I recently had a consultation with a patient requesting a specific test. I didn’t decline the request for a test but, after examining for an underlying cause, I suggested another management option. I suggested that if this didn’t work, we could review the situation and the patient could come back and I would order a test then. I was told that I am a “rubbish” doctor and a complaint would follow

In the same week, one of our GP registrars was berated by a patient and threatened with a complaint because she had refused to prescribe a medication. Was she unreasonable? The back story was that the patient had seen a private physician the previous day who had recommended the drug. This medicine requires regular monitoring and no letter had been received from the private doctor about who would do this. She would not prescribe without this information.

In the end no complaint was made, but the whole episode took two to three hours of professional time and caused huge distress to an emerging GP.

These are not regular occurrences, but they are becoming more common. And that’s not to say that every demand is unreasonable—there are plenty of times where poor organisation within practices and disconnections between hospital and community services cause delays and bureaucracy that would test the patience of a saint.

But there are regular occasions when tensions go beyond expectations about good “customer service” into personal demands with implications for safety, equity, or public health. For the clinicians, they can result in a sense of discomfort and of not doing one’s job well, which is exhausting when it happens more and more frequently.

The national GP work-life survey—conducted every two years by researchers at Manchester University—identifies this sense of not being able to do one’s job well as a major cause of dissatisfaction in GPs. It is one of the many reasons why excellent GPs—who care passionately about doing a good job—are retiring early.

We may be building the pipeline of overseas GPs and pulling more graduates in after medical school, but will they stay if every week contains either tense stand-offs with consumer-patients or compromises of professional standards in pursuit of a quiet life?

So back to the new NICE guidance. They are predicated on asking GPs to act as guardians of both individual and population health. In the absence of near-patient testing for bacterial infection (which is not widely used in the NHS), they are asking GPs to exert their professional judgement in an era of consumer sovereignty.

Some patients are relieved to be told they don’t need antibiotics, but in my experience a majority really want them and a minority will push hard to get them. With access hubs, walk-in clinics, and video GP services, the chances are that if people shop around for long enough, they will end up with a prescription.

There is a growing public health risk with this touch-point between professional judgement and consumer sovereignty. We need to find a way to deal with it that works for both professionals and patients.

Rebecca Rosen is a senior fellow in Health Policy at the Nuffield Trust and a General Practitioner in Greenwich. She is also an accredited public health specialist. Her current policy interests include integrated care, primary care, new organisational models for general practice and NHS commissioning.