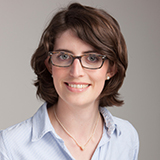 On Wednesday 31 January, the dark and cold weather was a contrast to the warmth, passion, and dynamism of the contributions to The BMJ’s first Twitter chat of 2018. 800 plus tweets were sent from over 125 people on the topic of patients as partners in the workforce. The chat was stimulated by Tessa Richards’s BMJ opinion piece, discussing patient’s leader’s roles in healthcare.

Without wanting to impose a label for the varied roles that fall under the term “patient,” we started by asking people how they described themselves. The responses included volunteers, advocates, champions, collaborators, campaigners, and activists, with many not able to find a single word to do justice to the range of ways they contributed.

With all of these roles, the personal experience is the catalyst to get started. Dawn Richards noted the importance of having the “ability to look beyond our own situation” and Alison Cameron noted the skill of knowing “when to bring our personal experience and when to leave it at the door.” Alison also mentioned the importance of being “professional, while not losing the power of our personal perspective.”

To only focus on this patient experience is to lose the wider benefits of partnerships with patients in these roles. Although sadly, the wider skills of patients are often rendered invisible by the system once given a diagnostic label. Nigel sees his “core skill as being able to apply techniques I have adopted in other walks of life” to his work. The crux of this issue was summed up in one tweet by Jennifer Skillen: “Even if patients also have other talents and skills, they are often dismissed. They don’t teach business skills in medical school, but they still assume they know more about running businesses than patients who run their own successful businesses”

The conversation then moved onto where these individuals “sit” within the “system” and its constituent organisations as influencers.

The core principles that felt so treasured, such as being able to constructively question, challenge, and seek information felt more suited to sitting externally to the “system.” There was a concern that being internal means individuals end up being institutionalized and unconsciously biased. It enables more of a “helicopter view but does make it harder to identify the key influencers.” There was a fear of being “beholden” to the organisation if internal, but it was acknowledged that it often takes more energy when you find yourself sitting on the outside.

There are clear advantages to patients in these roles, but are organisations’ motivation for establishing them well placed? Dawn Smith cautioned that some approaches are “window dressing” or are “used for an empathy rush.” Neither of these are conducive to meaningful or impactful patient partnerships.

What difference does it make in these roles if people are internal or external to the organisations they are trying to influence? It is one of many factors patients have to weigh up when deciding to take any opportunities presented to them to be involved. Some of the questions shared during the chat could help people make the right decision about whether to accept, beyond the initial flatterly of being asked:

How fairly are these opportunities to get involved shared among patients and carers? The “usual suspects” argument arose. It is a loaded phrase, often referring to people who are not representative enough or who have become too embedded in and familiar with the system.

There is palpable frustration that the same characteristics don’t seem to be problematic when its regarding healthcare professionals, whether that is representation of their profession or the local population they serve. Those regularly engaged in healthcare  systems may also be “the acceptable patients”, as Lou Shackleton described: “I do think there’s a risk that we only listen to educated patients, and patients where we like what they say and/or how they say it.”

Dawn Smith summed up this issue well: “If there is a static group of patient leaders & they are not bringing the right voices in at the right time (conductor of a choir) something is wrong.”

The other aspect of finding appropriate people to undertake these roles is the often quoted assumption that “we are all patients.” It is true that we are all patients, and there is clear acknowledgement that an “us and them” approach to patients and professionals is neither constructive nor honest, since people working in healthcare can easily end up using services too. The distinctions that dismiss the “we are all patients” claim have been articulately made in several blogs that were shared during the chats (here, here and here).

Yes, we are all patients, but working with some of us as partners, advocates, activists and leaders can change everything.

Thank you to all the people who joined the debate. The next Twitter debate will be announced shortly.