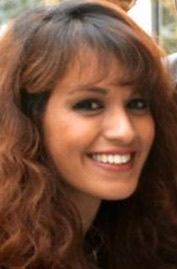 The recent appointment of the UK’s first minister for loneliness was met by many with excitement and hope. Some, however, have questioned whether it can really bring about change in an aspect of people’s life, such as friendship and family relationships, which can be very private. And are these private domains really the business of the government, professionals, and academics?

As psychiatrists—and researchers—interested in the impact of loneliness on our wellbeing, this is an important moment. There is cause for celebration: the Jo Cox Commission on Loneliness (whose recommendations included the appointment of such a minister) has worked tirelessly alongside other organisations to raise the profile of what is now seen as a major public health issue. However, tackling loneliness effectively will be a complex and challenging task.

Loneliness is defined as a mismatch between the level of social connectedness that a person desires and what they have. It is, by definition, an unpleasant experience—we are not referring to voluntary decisions to spend time alone or peaceful solitude. Loneliness is also a distinct concept from objectively “being alone.” It is entirely possible to feel lonely despite being surrounded by people. Definitions matter, because loneliness and objective isolation are partially independent risk factors for multiple poor health outcomes, and when people spend more time in company, they don’t necessarily stop being lonely. Loneliness is associated with early mortality, cardiovascular disease, dementia, longer hospital stays, depression, anxiety, suicide, and other poor outcomes. It also has major social and economic costs. Needless to say, understanding and addressing loneliness will take more than appointing a minister.

Other important questions to answer include how aspects of personality or childhood experiences are associated with experiencing loneliness over the life course. Who remains chronically lonely? Who does not? What are the individual and societal mechanisms at play (biological/psychological/ and others)? Which interventions have a lasting impact and why? Is it possible to support people in making authentic friendships or to promote social connections in whole communities? And how can we make the most effective use of technology?

Many individuals, community groups, and charities are currently taking steps to reduce loneliness in their communities and beyond. Models such as community navigation and social prescribing in its many forms are examples. While they often benefit from an intimate knowledge of local communities’ resources, few of these initiatives have been subject to rigorous evaluation in research. Academic interest is only just beginning to focus on this sphere of activity. Work that has yet to be done includes defining models and their putative mechanisms and investigating outcomes and stakeholder experiences. To help the transition from exciting local initiatives to well defined models that can be widely implemented, we’ll need collaborations between the third sector, local authority and primary care providers, commissioners, and university based researchers, which may require new ways of thinking.

Loneliness in research typically refers to some measure of a person’s subjective appraisal of their social connectedness. Yet it is futile to focus on lonely people without considering the societies and local communities in which they live. This will mean broadening research networks beyond the psychology of the individual to sociology, public health, education—and even architecture, technology, and town planning. Factors such as poverty, inequality, housing, and transport are all highly relevant to loneliness, with the risk of loneliness increasing as income falls. A loneliness minister should be well placed to consider these wider policy areas.

Supporting an isolated, lonely young mother could impact on not just her own health, but also on the future development and wellbeing of her child. The full extent of the benefits may not be apparent for many years. Intervening to reduce loneliness is a potentially powerful means of preventing mental health problems. Well designed longitudinal studies will be one way to investigate this. It is harder to only tackle loneliness once you find yourself severely ill and isolated: public mental health messages highlighting the value of investing in your own “social convoys” throughout life will be important.

It has been suggested that we as a society may be at a tipping point—shifting from an era of individualism to thinking more about ourselves as social beings. The appointment of Tracey Crouch as loneliness minister is welcome, and we hope it drives meaningful, positive developments in addressing loneliness.

Farhana Mann is a Wellcome clinical research training fellow at the Division of Psychiatry, UCL. Her current research focuses on loneliness in people with mental health problems.

Sonia Johnson is professor of social and community psychiatry at UCL, and consultant psychiatrist at Camden and Islington NHS Foundation Trust. She is also director of the NIHR Mental Health Policy Research Unit for England.