We know that in many organisations and working cultures, equality is still far from a reality 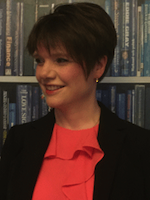 We have just marked the 100th year anniversary of some women in this country gaining the right to vote. I have to admit that I have been feeling lukewarm about celebrating a partial victory. Shockingly, it is in fact only 90 years since we as a society deemed all women worthy of having the same electoral rights as men.

Last week I was invited to take part in a podcast on “Women, Science, Medicine, and Psychiatry.” This was a rich and fascinating reflection from a diverse group of women on their experiences of climbing the career ladders in traditionally male dominated environments. The observations, anecdotes, and data discussed were fascinating. The conversation as the microphones were switched off was even richer. I was struck that this was the first time in my entire working life that I had taken part in an institutionally sanctioned discussion about a subject that for most of that time has been taboo.

I never knew my grandmother, but by all accounts she was a bright woman who was talented at modern languages, desperate to go to university, but her ambition was thwarted in favour of her brother who allegedly was not at all keen on the idea. As so often happened, familial expectation forced the issue.

In retrospect, gender equality has never been far from my consciousness throughout my life. Brought up in the 1970s, acutely conscious of a generation of women around me who had given up work to support their husband’s careers, I was aware of the unhappiness, conflict, and resentment this could bring—”the problem that has no name” still retaining its cultural stranglehold. In this way, my friends’ mothers subconsciously drove me to prize financial security and independence, and spurred me on to aspire for professional success.

Taking part in the podcast last week has caused me to remember and reflect on some of the subtle and not so subtle barriers and power imbalances I have come across in my career, which have often been ignored and buried in the “notice and move on” bit of my mind. When I was training, appalling sexism existed among too many clinical teachers: from hearing “girls don’t do surgery” through to “you are clearly not dedicated enough to turn down my offer of extra one to one tutorials” situations, which I suspect my fellow male students didn’t have to face. I even had a job interview that ended with “leave your number with my secretary, and by the way you are not married or anything like that, are you?” I could go on.

I like to think that things have got a lot better over the past 25 years. Training on unconscious bias is now routine and appointment panels happen within working hours with transparent processes. But there is still much to do. Gender is just one small aspect of diversity. In terms of equality, we know that in many organisations and working cultures this is far from a reality.

When I decided to train as a psychiatrist, I went to talk with a senior colleague who ran a training scheme. He told me about the talented individuals on his scheme. Feeling totally inadequate and not convinced that my exam distinction would impress him with my all-roundedness or potential, I lamely said, “Well at some stage I would like to think about having a family.” His reply was “Well you can do that anyway. What else do you want to do?”—as if having children wouldn’t affect my career at all and wasn’t a legitimate life goal, as if it were something to be taken for granted, which for women is never the case.

Nowadays, we are increasingly aware of what unconscious bias means and how it can negatively affect some people’s experiences and life chances. However, this is not enough to win the equality war when the playing field has been uneven for so long. Only by dismantling biased and restrictive structures and mindsets, both in the workplace and the wider world, will we be able to ensure that every individual has the opportunity to fulfil their potential. From both an ethical and practical perspective, we should be future-proofing our workforce, which is one of our most valuable assets.

People lead complex lives, juggling multiple ambitions, commitments, and responsibilities Employers need to factor this in. Our mothers and grandmothers fought hard battles to pave the way for future generations of women to succeed, and have high expectations of being supported to achieve their full human potential. And yet, all too often, our rigid systems and lack of understanding about how to achieve full equality badly lets them down.

When I was elected dean at the Royal College of Psychiatrists in 2016, the most common question asked of me at the time was “and how is your husband coping?” Dear reader, like me, Mr L is leaning in.

So, reflecting over the past week, my ambivalence about celebrating 100 years of the partial enfranchisement of women has started to be replaced by relief and excitement: a relief that finally we are having this conversation and an excitement at the gathering momentum, seen at the recent Women’s March, which I hope will make sure that in 10 years’ time we truly can celebrate how far we have come.

Kate Lovett is a consultant psychiatrist and dean of the Royal College of Psychiatrists.