For too long, we have allowed unnecessary variation to occur in critical processes across the NHS. This is particularly evident in the assessment of patients admitted with emergency conditions, and during communication and handover, as patients commonly traverse multiple healthcare settings. Currently, hospitals across England don’t use a standardised early warning system (EWS) to identify patients at risk of deterioration or sepsis, or in need of intervention. No other safety-critical industry would tolerate this. The NHS has evolved into tribes who use different dialects to describe sickness both internally and externally.

Whatever the system for “describing” the level of sickness in any healthcare system; it must be usable and utilised in all settings. A score in one setting must mean the same in any other. Although doctors rarely use EWS when communicating with each other regarding a patient, they provide a safety mechanism to ensure that nurses flag up deteriorating patients on the ward, and that patients can be prioritised based on their mortality risk.

NEWS [1] (National Early Warning Score) is probably the best validated track-and-trigger early warning score system (EWS) and is used in the majority of UK hospitals to identify and respond to patients at risk of deteriorating or sepsis. [1, 2, 3, 4]

A recent Patient Safety Measurement Unit survey demonstrated that 64.6% of the 127 acute trusts who responded, used an unmodified NEWS; 14.2% used a modified NEWS and 19.7% used another early warning score. [5] Potential harm could occur as a result of having variable scoring systems across regions, or even within the same organisation, and this is magnified when we consider how frequently staff and patients move around.

In December 2017, an updated version of NEWS (NEWS 2) was published. It contains welcomed improvements on the previous version of NEWS [6]. For example, the chronic hypoxia sub chart helps to better tailor escalation to baseline oxygen levels in those with respiratory disease. It also includes the addition of delirium to the consciousness sub chart, and the reinforcement of the value of aggregate scores versus single parameter extreme recordings. Because NEWS was developed from comparing the observations of emergency admission survivors and non survivors, and infection is the most common reason for admission, it is unsurprising that NEWS is at the heart of the national operational definition for sepsis.

We must guard against blinkered, condition-specific approaches in both assessment and measurement. When patients are admitted as emergencies, the cause of deterioration is often unclear. Diagnostic certainty only really comes at the end of an admission, once tests are back and the patient’s response to treatment is processed. There are no gold-standard diagnostic tests for sepsis, and the diagnosis is dependent on physiological observations (aggregate NEWS) and clinical judgment to ensure that patients are treated correctly. [4] For these reasons, there is an argument for us to not even try to measure sepsis but to use a proxy instead, such as emergency admissions with suspected infection or suspicion of sepsis [7].

Separating the pathways for sepsis from other causes of deterioration is harmful, and sick patients (with elevated NEWS) without sepsis must be equally prioritised and managed as aggressively as those with suspected sepsis.

It is vital that national bodies, organisations, regions, and collaborators understand this and link sepsis improvement programmes to those focused on the management of deteriorating patients. NEWS2 (with its chapter on sepsis) coupled with the NHS sepsis guidance implementation advice for adults have shown the way for a potential combined all cause deterioration (including sepsis) pathway that will minimise the risks of a more blinkered approach. [4]

With this improved version of NEWS, healthcare organisations in England now have the opportunity to use a single unadulterated score to describe the physiological sickness of patients in all care settings. If clinicians are “all on the same page” across the care pathway and communicate using this score, the severity of illness, prioritisation, transportation, and placement of patients becomes clearer. Tracking NEWS from an established baseline enables accurate understanding as to whether patients are deteriorating further and need prompt review and escalation.

Let’s make healthcare a truly safety critical industry and standardise to the best that’s currently out there. Let’s test the hypothesis that if everyone did the same thing then patient outcomes would improve.

And if, over time, you come up with a better tried and tested, single EWS that enables deterioration and sepsis to be recognised and managed across all healthcare settings, well then, we will join you in leading the revolution towards that system. In the meantime, all hospitals and clinicians in England should adopt and use NEWS2. 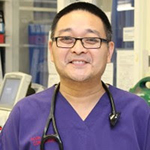 Competing interests: M I-K received an honorarium for producing some educational slides for Relias (one event). 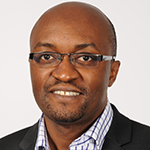 Emmanuel Nsutebu is a consultant infectious diseases physician and Sepsis Lead at the Tropical and Infectious Disease Unit of the Royal Liverpool Hospital, Advancing quality clinical co-lead for Sepsis in the North West of England and National Clinical Advisor for Sepsis and Deterioration (NHS England and NHS Improvement). He is a member of the Global Sepsis Alliance Quality Improvement Committee and Chair of the African Sepsis Alliance.